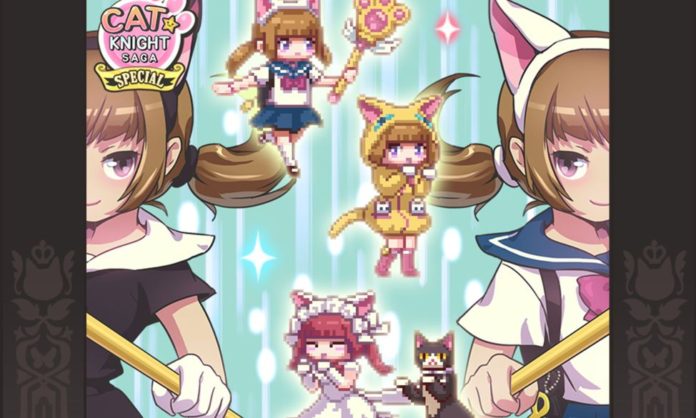 Cat Knight Saga is a really strange, yet interesting and surprisingly charming game for mobile. And we’re here to make sure that you get the most out of it by sharing a bunch of Cat Knight Saga cheats and tips – a complete strategy guide that will help you win all expeditions and unlock everything in the game.

The truth is that most things in this title is pretty much self explanatory and simple, the real challenge being that of actually understanding how the game works and how to play it. But once you get there, you’re usually ready to go on a roll. And our Cat Knight Saga tips and tricks will definitely help, so let’s not waste any time and instead let’s check them all out below!

Unlock new leaders
I didn’t really know that you are able to unlock new Leaders (aka cats to get in battle) by spending money. I though that they are unlocked through other means and I was obviously wrong.

Therefore, try to keep training at a minimum for Po for a while and instead grind for coins until you have 6,000 to unlock a new cat. You should do this as soon as possible because this way you will get the chance to gain more XP for the newly unlocked leaders and therefore have them be more useful in battle.

When it comes to what cat to actually unlock, it’s all a matter of personal preference. I personally unlocked Sunsin first because of the high damage and I am satisfied with my choice. Check out the stats of the cats and go with the one that seems the most useful. Valentine and Burke also seem interesting, but I didn’t get to unlock them yet to test them in battle. 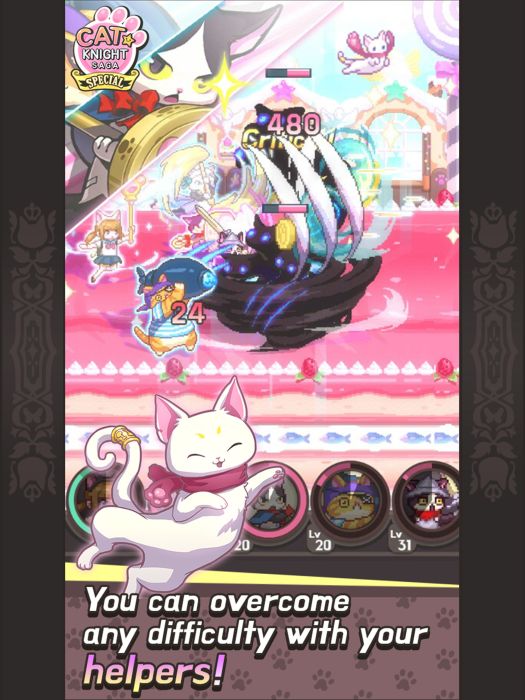 Unlock new helpers
Similar to the new leaders, helpers can also be bought with gold. They are not as useful early on and you should focus on the Leaders instead, but when you have enough money you can get a new helper to either send random bombs down the battlefield like the one you start with or increase your earnings and/or give you extra Revivals for your characters in case they don’t make it in battle.

Train your cats
The leaders level up automatically as you complete Areas and take part in battles, but that’s not enough! You can and should train Coco as well from the main menu.

There are three training categories and I usually just go with all three at the same time in order to keep things simple, but you should really start focusing on this after you have at least two leaders unlocked, otherwise it will get more and more difficult to complete the Areas with just the starting squad.

No need to rest
You can get extra buffs to your cats if you have them “rest”. You can do it for coins, which is pretty much useless and just a waste of money, especially since they are so hard to get. The boost is not really huge either to be worth spending coins on.

However, if you really want that extra boost for a boss battle for example, you can opt to watch an ad to get it, which is the much better choice.

Girl’s clothes
As you play the game and unlock treasures, you will also unlock all sorts of clothes for the Girl. However, you can – strangely – equip a single item at a time and the offer on hand is not really that spectacular.

Initially, I went with equipping clothes that increased my mana until I realized that the increase was so low that I didn’t even get an extra spell casting ability, so it was pretty much useless. Go for those that increase skills of the cats – I am using one of those that increase Critical damage (or chance, the game doesn’t really tell you for sure). 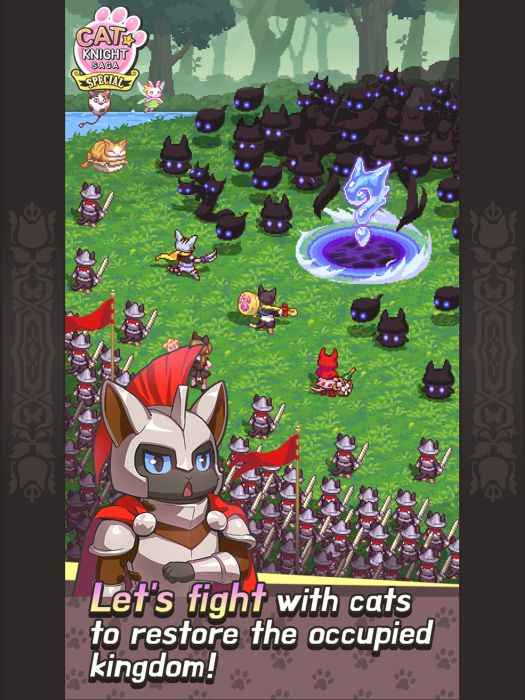 How to easily win all your battles
Winning battles in Cat Knight Saga – especially boss battles – seems extremely diffiucult at first, but once you get used to the system and you know how things work, everything becomes a lot easier.

There are actually just one important thing that matters when it comes to winning each battle: Timing/

This one is crucial and really makes the difference between winning and losing. This usually matters the most in boss battles, where real damage is dealt and the game really challenges you.

Basically, if you learn to activate Coco’s shield at the right time (when the red circle appears under your cats during the boss battle, meaning that they will activate their super skill), you’re mostly set. Then you will just have to activate your Leaders’ special skills at the right time in order to deal damage (when the units are close) and finally heal with your Girl when there’s a need to.

Apart from that, there’s not really a lot you can do but watch and wonder why there’s no fast forward button. Get the timing right and every battle will be easy to win. If they get impossible to beat even if you do everything right, simply grind on the already complete areas so that your leaders level up, then get enough money to either unlock new helpers or train Coco.

These would be, for now, our Cat Knight Saga cheats and tips. If you have extra strategies to share with fellow players, let us know by commenting below.