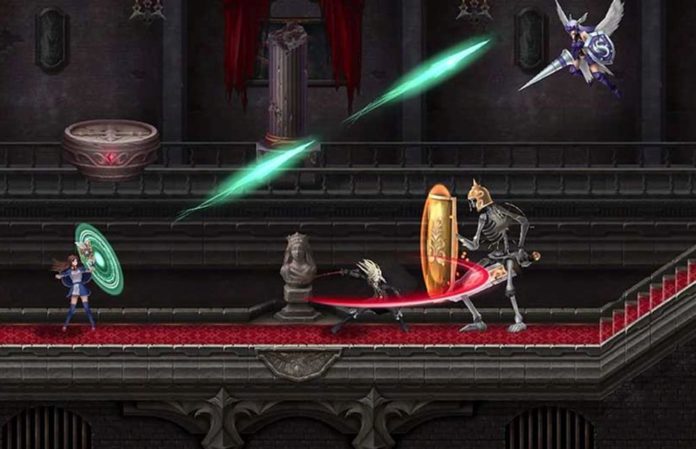 The Castlevania series is among the most popular video game series ever, but it has long moved away from the spotlight following the release of the Castlevania Lords of Shadow series, which wasn’t developed by Konami directly, but by Mercury Steam.

Konami itself seems to have moved away from the video games industry, as the Japanese company only releases a handful of video games throughout the year.

Things, however, seems to have changed somewhat, as Konami announced a brand new entry in the Castlevania series. And no, we are not talking about another Pachinko machine based on the series, but a brand new game.

Castlevania Grimoire of Souls has been announced for iOS and Android at the Tokyo Game Show 2019. The game will be a return to the classic formula of the series and a continuation of the story. In the new game, players will take control of Genya Arikado, who originally appeared in Castlevania: Aria of Sorrow, as he ventures forth to stop the Grimoires that have awakened.

He will not be alone in his journey, as characters from all over the series will join him, such as Alucard, Maria Renard, Simon Belmont and others. All these characters will be fully playable, and each one will come with unique skills that will change the experience.

Additionally, Castlevania Grimoire of Souls will feature a multiplayer mode called Bounty Hunt, where players are tasked to defeat as many enemies as possible within a time limit. Up to four players can take part in this mode.

Castlevania Grimoire of Souls launches on a yet to be confirmed release date on iOS and Android worldwide.