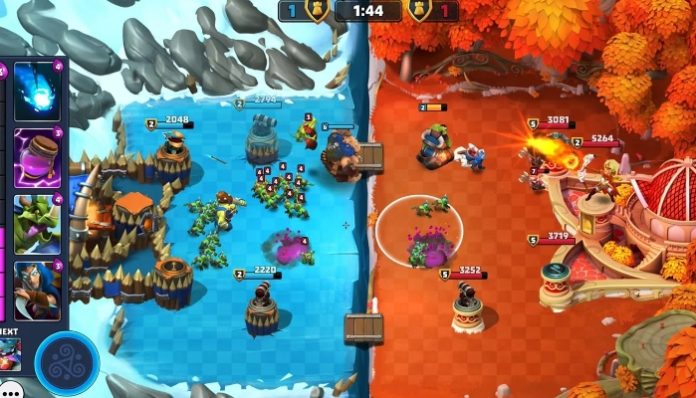 Castle Creeps Battle is a new PvP tower defense game featuring high-fantasy battles! Wage war with players from around the world in high stakes PvP battles with cannon-wielding orcs, giant axe-swinging warriors, fiery archers, and more! Learn how to control the battlefield with our Castle Creeps Battle cheats and tips.

When putting together a deck, make sure you keep a close eye on your average cost, as it will tell you how expensive your deck is overall to use in a real battle. To keep your average cost low, do not use too many expensive cards.

While it may seem like a good idea to frontload your deck with super powerful expensive cards, you will suffer severely early game when elixir generation isn’t that fast.

Instead, try to keep an even mix of cheap and expensive cards. You have exactly eight slots for your decks, so that means four cheap and efficient cards and four strong and pricey cards. This will ensure that you have a balanced team for the early and late sections of the game. 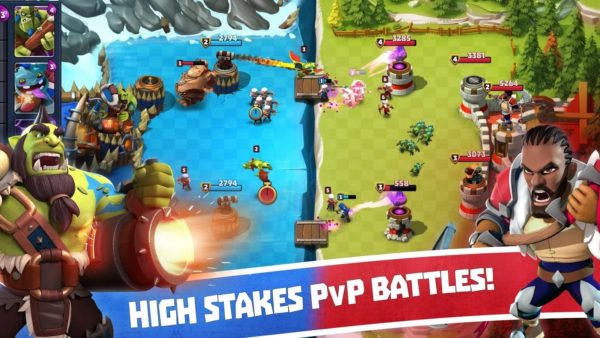 Don’t judge a card by its rarity!

Cards can come in one of the three rarities: common, rare, or epic. Epic cards, due to how much harder they are to get, are generally more advanced and have better stats and abilities than other cards. Epic cards are strong yes, but don’t let that fool you into using nothing but high rarity cards.

ALL cards can be viable, especially if you have invested a bunch of upgrades into them. Remember: timing is much more important than raw stats, as this is a strategy PvP tower defense game after all! Sticking unleveled epic cards into your deck won’t have an immediate effect if you don’t plan for it!

Use tank-type troops for better pushes!

One of the most essential strategies to use in PvP tower defense games is having beefy troops tank for your squishier troops. Most troops will get slaughtered if they try to fight a tower head on, right? That’s why, before you deploy them, deploy a troop with high health first so they can soak up the hits.

A good example troop is the Ogre Brute you start out with. He has exceptionally high health – around 4,000 – and targets towers exclusively. He’s great for leading the push against a tower. Build around this strategy as you will need to adapt to take down trickier opponents. 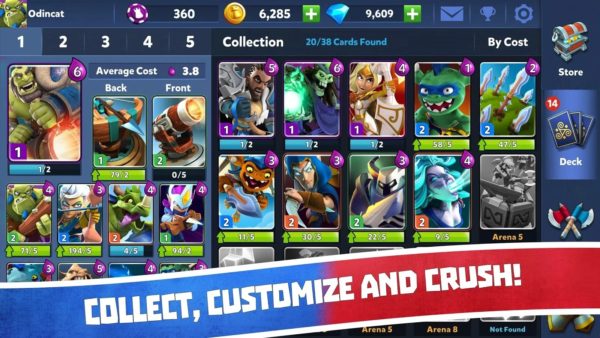 Try out all the heroes!

Your hero isn’t just for show! They can launch special attacks and even join the battle themselves. A hero in combat can actually turn the tide of a match, as they give off a battle aura that powers up nearby allied troops. Deploy your hero alongside a push setup and watch the towers go down!

But, just like the troops, all the heroes work differently and have their own strengths and weaknesses. Try out as many as you can to see which playstyles you like most. Mason focuses on leading an aggressive charge with his axes, while Ember prefers to take out enemies from afar. Remember to always consider your hero when you are putting your deck together!

Check out the arena cards!

Looking for more troops and heroes to recruit? Keep in mind that you can only acquire cards that are appropriate to your current league. You can check out what the potential cards are in the arena by the list at the bottom of the screen when picking one. If you want to get specific cards, make sure you are battling in the corresponding arena.

That’s all for Castle Creeps Battle! If you have any other battling tips or tricks to share, let us know in the comments below! 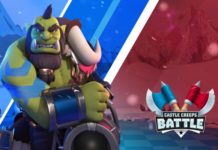