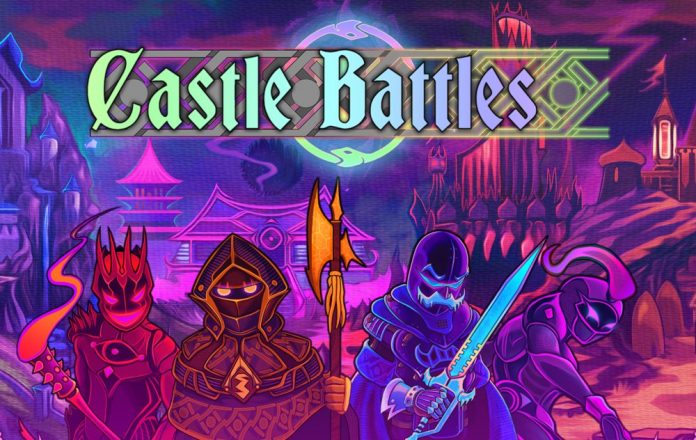 In an extremely saturated mobile gaming market, it rarely happens for a game to hook me up so bad that I drop everything I’m doing and I play it for a few hours. Castle Battles for iOS and Android, created by indie devs Light Arc Studio is one of those games!

This is an intense, fast-paced real time strategy game with bright, zany and quite strange graphics that somehow manage to work so charmingly well together with the style of the game that the resulting experience is pretty much out of this world. I know that this are very big words and you usually keep those for the conclusion, but I wanted to make things clear from the start regarding the awesomeness of Castle Battles.

The concept of the game is extremely simple: you start on a smaller or larger map with a castle and few resources at your disposal. You have to act and think quick, build more castles, gather more resources and build a solid army because your opponents are doing the same. The only goal? Total domination. Now that’s my type of game!

The way this game plays is similar to well known series like Galcon or Even Mushroom Wars, but Castle Battles: Strategy but FAST (that’s its name on the App Store) has a different approach and a completely insane – in a good way – graphical style.

What makes Castle Battles unique and even more of a challenge is the use of various resources for building up your empire: rock is required for building new castles, gold is required to train more troops and crops are required to grow the influence of your castles in a similar mode to the city growth in the Civilization series.

But everything is happening extremely fast in the game: the AI is doing its best to get an advantage (and it does a really good job on higher difficulty settings) and on most occasions acting too late means you are doomed. Plus, you’ll always battle it out constantly for the best areas on the map and for supremacy.

The zany style of the game is perfectly complemented by the humorous cutscenes. I rarely follow the story of such games, but this one is written and executed with great skill. The cutscenes are insanely funny and I always end up laughing before battle. Plus, the voice acting is incredibly well done for an indie, so this is a huge surprise. Don’t get me wrong – I would’ve loved Castle Battles even without the great cutscenes and the funny story of the Moustachiers, but it’s a bonus I am always willing to take. 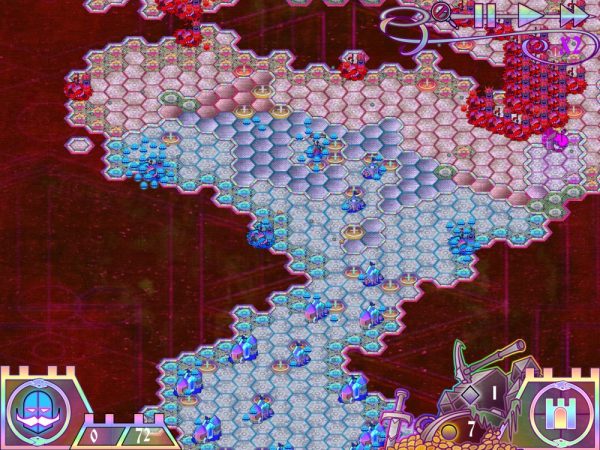 A really great thing about Castle Battles is that it’s available for free with zero ads to ruin the experience. You actually get to play the first campaign for free – and you can also replay it on higher difficulty modes – but you have to pay to unlock the rest, as well as the option to enable skirmish missions. It’s money well spent though and I am sure that you will agree with me after just a couple of minutes of playing the game.

I was really upset to see that games like Ballooon FRVR or Dress Up Diary: True Love are games featured on the New Releases lists on the App Store or Play Store and you have to dig deep to find Castle Battles. But you have to dig deep to find the greatest treasures, and this is the case of this title: I am happy I have discovered it and I can only hope that more people will. It’s a must play!

You can download Castle Battles right now on the App Store or Google Play.