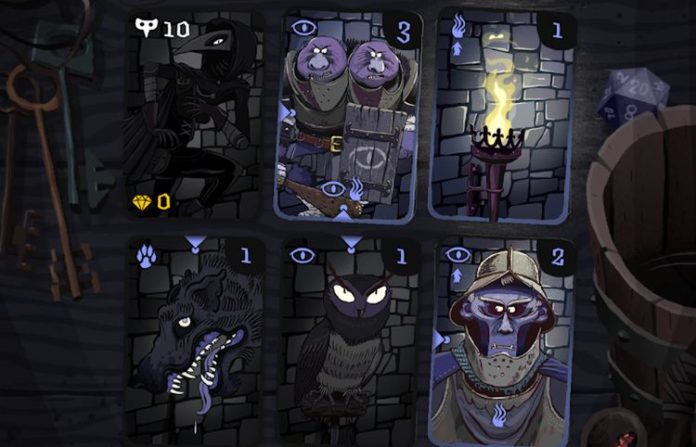 Card Thief has been around for a while now, but we finally managed to get some stealth time away from real life and focus on playing the game so that we’re able to share with you some Card Thief cheats and tips in today’s guide. So if you need help to clear the boards in the game, you’re at the right place!

I know that initially I thought that a card game can’t go well hand in hand with stealth mechanics and a main character that’s a thief… but somehow the game’s developers made that work really well. But the game itself is extremely challenging, so you might have a bit of a difficult time completing all the stages and parting with the treasure.

But hopefully things will get a lot easier now thanks to our Card Thief tips and tricks that you can check out below. So let’s not waste any time and instead let’s see how to become a master thief!

Diagonal movement
If you’re playing for a while now – and maybe even if you have just started – you probably know about this. But it took my thick skull a lot of frustrating tries to figure out that the thief can move diagonally, and not just up, down, left or right. 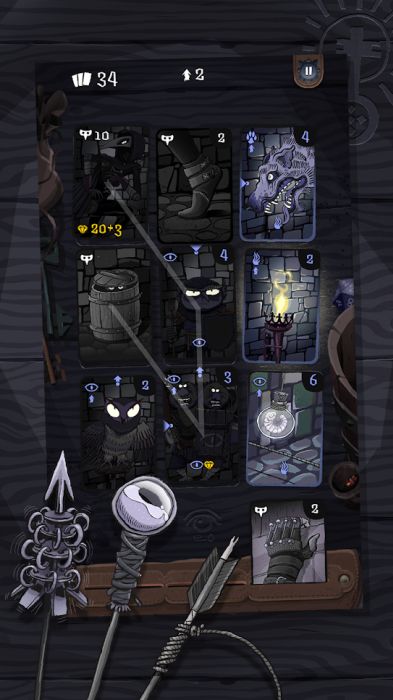 This is definitely a life saver as it offers a ton more options when it comes to creating a path for the thief, so make sure you take advantage of all his movement options when planning the route.

Focus on taking out the torches
Your main enemy in the game are not the guards, but the light. Not only that they have guards see you, but the torches also make everything around them illuminated, negating their effects or making them worse (depending on the type of card you’re dealing with).

So your main concern in the game is to take out the torches first in order to truly have free movement on the board. After taking out the lights, you can make as many moves as you need to without worrying you’ll be caught. So plan ahead and take your time, switching the positions of the guards on the board as you see fit and end up in the right spot to collect the loot that really need collecting.

Your ultimate goal is to remove all the cards from the board and early on without booster cards and additional help, you will need several tries to do so – but make the most out of each one. The treasure you collect is extremely important (and we’ll talk about it later on) but it means nothing if you can’t actually complete the level.

So take your time, strategize and focus on always having as much stealth as possible and as few guards and especially torches on the board. 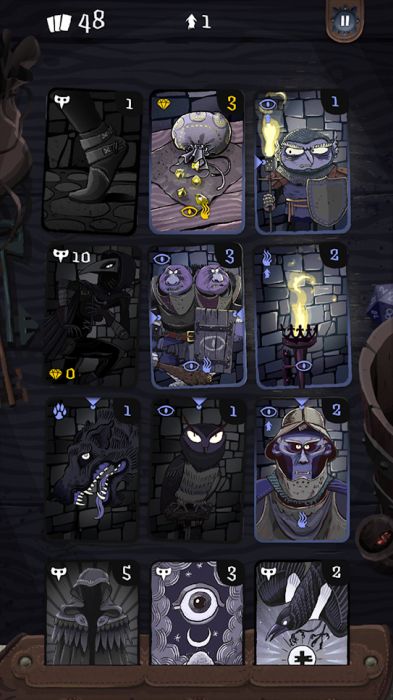 Always plan your moves based on the guards’ sight
You will always know the direction in which the guards look and that is an extremely important piece of information because it gives you an option to either take out the guard from the back or ignore them until you are in a better position to make a move.

Guards can also have an exclamation mark over their heads, meaning that they have been alerted and will move next turn. This is also an extremely important piece of information as it helps you plan your next turn.

You can go as far as trying to alert them in order to have them move in a direction you want them to – but this is difficult to achieve and usually too stealth consuming to make it worth it. But at least always be aware of the direction the guards are facing and if they’re about to move or not in order to better plan everything.

Don’t rush to collect the treasure
The treasure that pops up on the board will only get better (and give you more loot) the more turns you let it on the board before collecting. Therefore, I recommend you to wait at least two turns before getting it, although the more you can wait – the better.

Remember that you need an empty inventory slot to be able to collect the treasure and you will have to complete the level successfully, so timing is important. 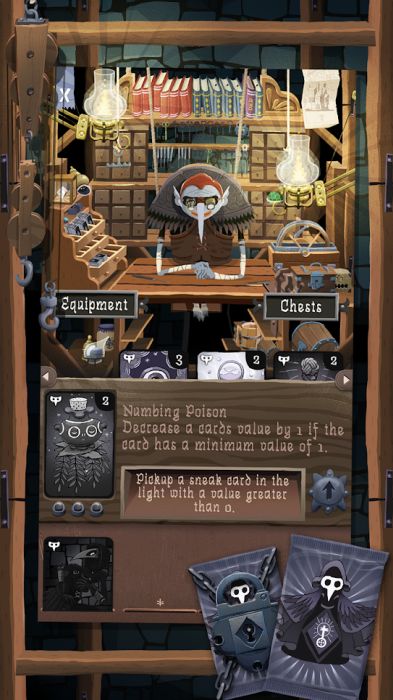 What are stolen goods?
Stolen goods will become useful later in the game as you unlock more things in Card Thief. The process of unlocking new goodies is relatively slow, so don’t despair – it will happen eventually.

The Stolen Goods are used to unlock new castles in the game and afterwards they are used for new characters in the Hideout (which will also be unlocked later). So don’t think they are useless – you just don’t have the feature unlocked for them yet!

Clear the board for 10 stamina!
One really nice feature of the game is that if you manage to clear all the cards on the board in one turn (any turn), your stamina will reset and you’ll start fresh with 10 stamina. Now I know that this is a very difficult thing to achieve, but it’s worth trying to do it since the bonus is pretty impressive.

Use the boosts at the right time
The boosts that you bring in each stage can only e used once and they generally offer a single use, disappearing after you use them. Therefore, you should really make sure that using them gives you the needed advantage to win the stage – otherwise you’re just wasting solid boosts.

Try to bring a mixed selection of boosts, including arrows and stealth point-giving boosts as these are the most important.

These would be, for now, our Card Thief tips and tricks. You hopefully have a better idea about how to play the game and how to get the most out of it. And if you have some additional strategies to share, don’t hesitate to do so by commenting below.