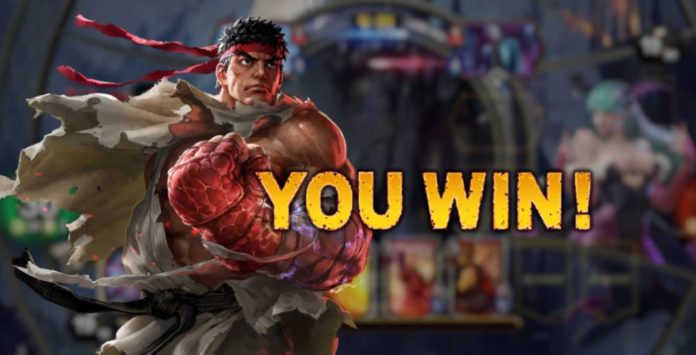 GungHo Online Entertainment and Capcom have recently released a brand new card game called TEPPEN, which promises to become one of the most popular mobile releases of the year.

TEPPEN is a real-time card game where players control different Capcom characters like Ryu and Chun-li from Street Fighter, Morrigan from Darkstalkers and Dante from Devil May Cry. The game features a variety of different play modes such as a story mode for all characters, multiple versus modes and more.

TEPPEN also features some very interesting gameplay mechanics such as Active Response. You can check them in action in the trailer below.

With its great visuals and engaging gameplay mechanics, TEPPEN has the chance to become quite big. The game has been launched with no promotion, which is strange, but if the publisher steps up its marketing game, TEPPEN could become the game you will be playing with your friends for a very long time.

TEPPEN is now available on iOS and Android in all regions.