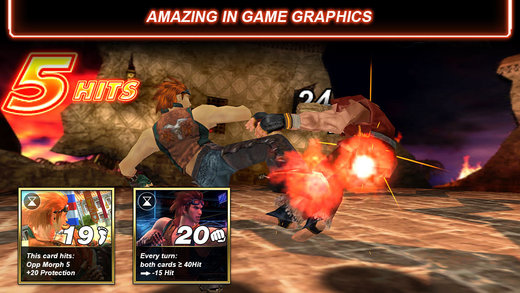 Tekken Card Tournament, the card battler game based on the successful series created by Bandai Namco Games, has received a new update introducing a new fighter and some new features that improve and expand the game.

The new fighter is one of the more popular fighters of the series. Jin Kazama, originally introduced in the third entry of the series, is now available as playable character in Tekken Card Tournament. His special form Devil Jin is also available and can be used through some special cards.

One of the new features of the game is the Tag feature, which allow players to tag in another character from their support line-up that can include up to nine different character. Another new feature introduced by the new Tekken Card Tournament is a new achievement system which includes over 80 new achievements to unlock. This new system is a really good addition that adds replay value to the game.

The last two new features introduced by the new update are focused on the actual cards. A new Card Fusion system has been added, allowing players to merge together cards to create a new one and an improved shop now features new booster packs and new offers.

Tekken Card Tournament is now available for download on the App Store. The game is one of the best card battler games avaiable on iOS devices so make sure to check the game if you’re a fan of the series or just of card battler games in general.