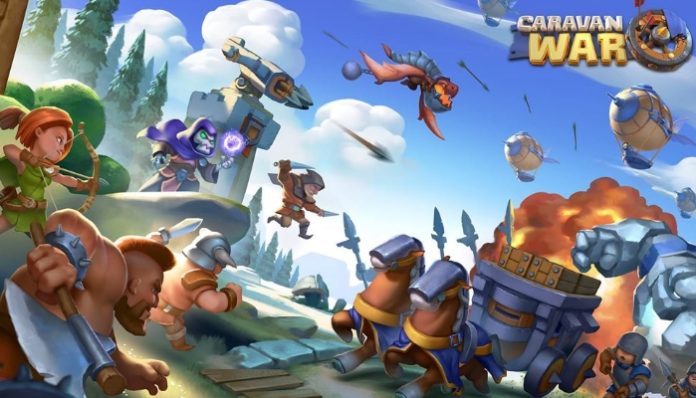 Caravan War is a unique twist on the tower defense formula. As a newly appointed leader of a budding kingdom, it’s up to you to set up trade routes to ensure that your economy stays afloat. Of course, life isn’t that easy, and other players are out to ransack your caravan!

Defend your caravans, and then take revenge as you ambush other caravans with towers and bandits! It’s every kingdom for themselves in Caravan War, and our Caravan War cheats and tips will show you how to build the ultimate kingdom.

Caravan War is a pretty competitive game mashing both tower defense and PvP into one. There’s lots of planning and strategy involved, so let’s get started with our Caravan War cheats, tips and tricks strategy guide!

Deploy your units in the right position!

When you’re attacking other players’ convoys, you’ll be using your Bandits. Bandits come in all shapes and sizes, and some of them excel at specific things while others do not. Take for example the Berserker, a rare bandit card. The Berserker has more health and armor than usual, and is best suited for frontline assaults.

When you’re deploying your units during a convoy attack, be sure you’re positioning them properly. You’ll want your Berserkers to go in first while your squishier units like Archers can attack from safety in the backlines. Proper positioning is key when taking down convoy guardians!

Trading turns your cargo into precious coins as you learned during the tutorial. Try to keep your trade routes constantly active, especially if you’re going to be away from the game for a while. There’s no greater feeling than coming back to a successful trade with tons of coins waiting for you!

But of course, that will only happen in a perfect world. Other players will most likely ambush your convoy, but it’s OK even if they’re successful. Your convoy will lose a percentage of its worth in coins, but the trade will still complete after the time allotted is up and you can collect whatever is left.

Point is, you should always keep your convoys busy so that you’re getting a constant stream of income. Not only do you get coins to upgrade whatever you please, you also earn chests that contain unit cards in them. You’ll need these cards to promote your units!

You can either play through the campaign or ambush other players’ convoys. We recommend ambushing at least 10 convoys, because after that you will earn an Ambush Chest. This chest has seven cards in it and guarantees you at least one rare card, but you also have a shot at getting an epic card!

Play through the campaign!

When you’re done ambushing other convoys, take some time to get through the campaign. You’ll earn general rewards and goodies throughout the adventure, but the most important thing is that you’ll unlock new towers to use during ambushes. After completing a whole chapter, new towers will be added to your armory.

Use different types of towers!

Towers, much like your bandits, come with their own strengths and weaknesses. It’s important to consider your towers’ attributes like what they can target, how much damage they do, or if they can penetrate armor. When attacking a convoy, be sure to take a moment to study the convoy’s guardians. This will help you decide on the kinds of towers to bring.

Is the convoy being guarded by heavily armored guardians? Try using the armor-piercing Mage Tower! That’s just one of many examples, so be sure to study up on your towers.

That’s all for Caravan War. If you’ve got any other tips or tricks to share, let us know in the comments below! 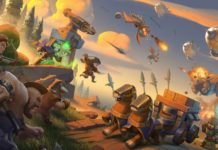