All your base are belong to us! Expect to see this meme a lot in Cannon Crasha – and a lot of other memes and references to classic games from Mario to that game you never played but everybody’s talking about. And no, Cannon Crasha is not a game that’s all about its sense of humor and nothing else. But it’s fun indeed.

The story behind Cannon Crasha is that the king is upset seeing so many people building castles around and trying to invade his lands and hires you, almighty hero and superhuman strategist to… crush their castles. With a cannon. And a lot of extra help from soldiers, upgrades to your cannon and much more. In other words, a real feast for the eye and true heaven for those who love fast paced and sometimes chaotic gameplay.

Because the thing in Cannon Crasha is that the other kings don’t just sit around, waiting to see their castles blown to pieces. Instead, they fight back using the same weapons you have and it’s up for the best to win the battle.

You can play the game using one single finger, yet you have to be extremely quick in thinking, planning and acting. Once every 5 seconds, you can shoot your cannon: first, you have to aim, then you have to consider the power based on the wind that affects the shots. As if that was not enough, you also get coins throughout the missions based on the damage you cause, and you can use those coins to hire additional help, be it in form of soldiers (each with his own specialization) or upgraded shots for your cannon. Still not enough? Well, you also have an armory and a wizardry for extra fun and chaos.

The best thing about Cannon Crasha is that it introduces all these new elements gradually and doesn’t overwhelm you with all the options that you have available. Also, each of these elements are pretty unique and all are pretty useful, usable in combinations or on their own. So we’re not talking about upgrades for the sake of upgrades – they are all meaningful and fun!

Visually, Cannon Crasha is a pixelated, retro feeling feast for the eye. There is not much variety though due to the style of the game, but what you get doesn’t upset you. The sound could’ve been better (in other words, I have decided to play it with the sound off – more life for my battery). 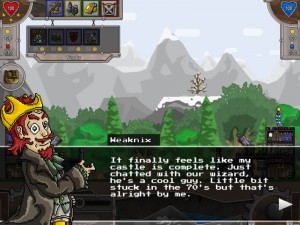 The game does get gradually difficult and some stages seem to have been created to drive you crazy and you will sometimes be ready to go for an IAP – but I am not sure if it’s completely the way the game was designed or it’s just me having to work on my skills. There are indeed many elements that should be considered when playing the game and you can make things a lot more difficult for yourself (like that moment when I built a “protective” platform right in front of my cannon and I had to destroy it first… what a nightmare!

All in all, Cannon Crasha is a great game and is totally worth the 99 cents. It’s fun. It’s quirky. It’s got a nice style and a great sense of humor – all the reasons for you to give it a try and have fun playing it! 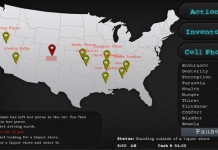 On the Lam Review (iOS) 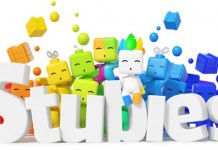 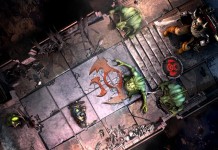