Home Game Guides Can you catch a Shiny Slugma in Pokémon Go? 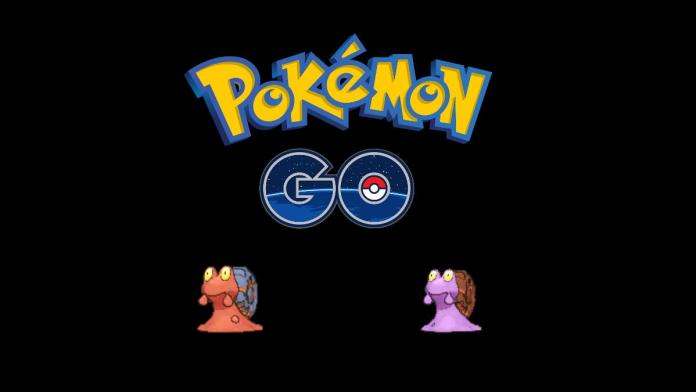 There are plenty of wonderful Pokémon to catch in the world of Pokémon Go, and many of them have “shiny” variants. Shiny versions of Pokémon are basically recolored Pokémon, but they also have better stats most of the time, which makes them well sought after by the competitive players. Not every single Pokémon’s shiny version is in the game yet, and Niantic is slowly adding more with updates. Today we’re here to answer one question: can you catch a shiny Slugma in Pokémon Go?

Slugma is a fire-type Pokémon introduced in generation 2. As the name suggests, Slugma is a slug creature made completely out of magma. Slugma also evolves into Magcargo, which gives it a nifty little shell to make it look closer to a snail than a slug.

Slugma’s shiny form recolors its magma-colored body into a metallic looking liquid, which make it looks like it’s silver.

Can you catch a shiny Slugma?

Slugma was the highlight of a community spotlight a few days ago, so you might have been hearing some buzz about Slugma. So, can you actually catch the shiny version of Slugma in Pokémon Go? In short, unfortunately the answer is no – shiny Slugma cannot be found through normal means yet.

Not all hope is lost, though! Shiny Slugma’s data has been found in the game’s data, so it’s only a matter of time before they add it in officially. As with the case with the other shinies, Niantic will add waves of shiny Pokémon at once, so stay tuned and hopefully shiny Slugmas will be in your future!

Can you catch a Shiny Slugma in Pokémon Go?