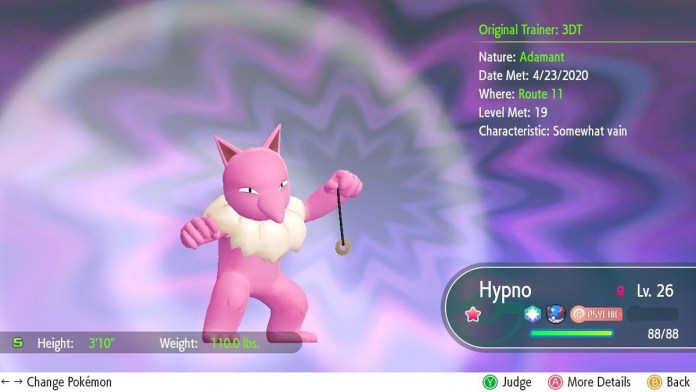 Today we will be talking about Hypno and its Shiny Form in Pokémon GO.

Hypno is a Psychic-type Pokémon introduced in the Gen-1 games of Pokémon Red, Blue and Yellow. Hypno and its pre-evolution, Drowzee, are well-known Pokémon because of how strong and rare they used to be back in the day.

In Pokémon GO, Hypno is not too hard to acquire. Due to this, players have been wondering if the Shiny form of Hypno is available as well?

Can Hypno be Shiny?

Hypno, being one of the Gen-1 Pokémon first encountered in the Kanto region, has been in Pokémon GO since the game’s launch in 2016. From there, its shiny variant was released in Pokémon GO to be found via Raid battles. To add to this, players can use an incense and attach a lure module to the Pokéstop to increase the spawn rate of Pokémon nearby.

As Hypno can be shiny in Pokémon GO, its pre-evolution, Drowzee, can be too. If players were unable to catch a Shiny Hypno, they have the option of evolving a shiny Drowzee to its shiny evolution by using 50 Drowzee Candies.

Can Hypno be Shiny in Pokemon Go? – Answered