Home Mobile Gaming News Calming Lia Is an iPhone Game that Claims to Help You Sleep... 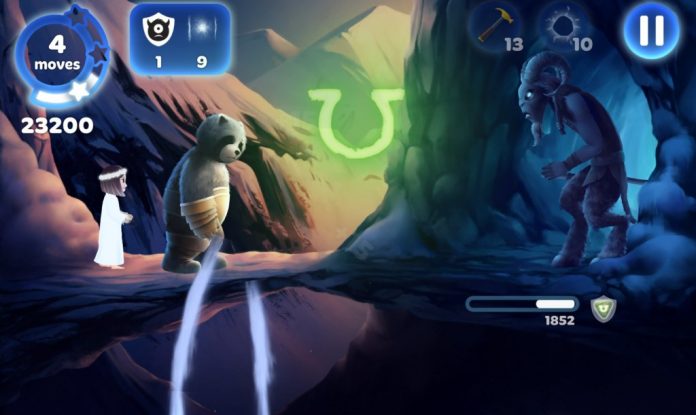 We’ve all been there: after spending hours in front of our iPhone, browsing Facebook, 9Gag, chatting with friends and playing games in between everything, falling asleep seems impossible. It’s the blue light that our iPhones emit, but also a bunch of other major factors that doctors might be able to tell you more about. But if you just want to sleep better, you can do so by playing games. Really!

Or at least this is what the developers of Calming Lia promise. According to them, this match three game is relaxing and built specifically for night time gameplay. It’s early morning here, so I don’t want to risk playing the game and falling asleep instantly (even though I could use a good sleep!) but you can download it for free on the App Store and give it a try. Apparently, it will enhance the quality and quantity of sleep that you’ll get. Sweet!

The story of Calming Lia focuses on Lia, a very imaginative young lady haunted by nightmares, and Bao, a friendly bear with endearing racoon-like features who represents Lia’s courage and well-being throughout her adventures in dreamland. Players will travel the world, from the depths of magical woods to the peaks of sky-tearing mountains, and further on and into the mysterious land of dreams. By using unique match-three mechanics to release positive emotions and fend off the “Boogie Man” and his nightmarish cohorts (spiders, wolves, monsters, etc.), players can improve Lia’s abilities to face her fears and remain calm so she can freely explore her imagination in the game’s numerous levels and various quests.

The game features soothing music, beautiful hand drawn characters, the graphics use the iOS Night Shift mode to the maximum and I can only hope it does work. I just needed an excuse for playing games before I go to sleep and now I have one.

So if you want to give it a try, do so as it is free. And let us know in the comment section below if it indeed helped you sleep better!