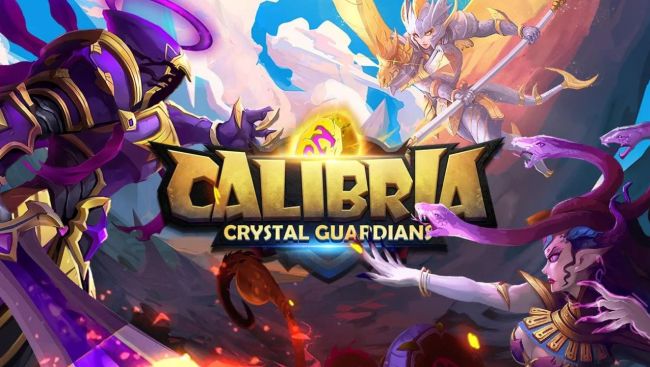 In today’s article we are going to dive into the Calibria: Crystal Guardians tips and cheats and give you all of our best suggestions on how you can win more battles and become stronger!

There are a lot of features in the game, from getting more heroes and upgrading them, to giving them certain runes and other boosts. It’s definitely a big and super fun game that you can play all the time, so try to get stronger and pass many stages using our tips! You will have a lot more fun!

You should summon as many heroes as you can all the time, because then your chances of getting better heroes will increase. That, on top of the fact that heroes are the main way to progress in the game, and if you don’t have any good ones, then you’ll end up getting stuck should make for a pretty good reason to summon all the time.

You will obtain various summoning scrolls from the quests, so try completing as many missions as you can because that will mean more summons! Because heroes are super important, it’s good to focus on just a few of them once you get them, so the highest rated ones should make the cut.

In order to summon more heroes you have to head on to the Summon tab and there you will be able to choose from the following:

– Unknown Summon Scroll: this scroll will give you a random hero that can be anything between 1 and 4 stars. It’s a good type of summon, but not the best because the maximum stars for a hero is 5 stars. Either way, it’s good for receiving heroes which you can use as food for upgrading the others.

– Mystic Summon Scroll: This scroll will let you do some of the best summons in game, as it will only give you heroes between 3 stars and 5 stars, 5 stars heroes included! You will receive quite a lot of them from doing your dailies and there is a high chance you will get at least a 4 star hero.

– Void Summon Stone: To summon with this you will need to have 50x Void Summon Stones and from it you can receive certain heroes between 3 stars and 5 stars. Tap on the summon to see the available heroes for that week. This resets weekly, so if you are looking for a particular hero, try during the week where that hero is available!

– Affinity Summon: From this you can receive any hero from 1 star to 4 stars, and yo obtain Affinity by adding more friends!

Do all your Starter Perks

The Starter Perks are some tasks which are given to new players. They should be completed within the 72 hours when they are available, because you will receive some really great starter rewards from them.

By completing all of the tasks you will not only get a lot of Calianite currency, but also premium currency Gems and plenty of Unknown Summon Scrolls (8). I suggest that you focus all your attention towards doing these tasks first because they are timed, and some of them are really easy to complete.

Complete quests for many useful rewards

The game has a lot of rewards that you can receive, and you should focus on trying to obtain as many as possible. There will be the Starter Perks which I mentioned above, but along with that there are several others, so I will list them down here for you:

– Growth Plan: these quests give you Mystic Summon Scrolls and other useful rewards for upgrading your heroes’ level and ascend them. Check them out and all of the rewards you will be able to claim the Legendary Summon Scroll which will give you guaranteed a hero that is 4 stars or 5 stars.

These tasks are located in the left side of the screen, and at the beginning you will see them under the Starter Perks menu.

– Daily Quests: these tasks can be completed daily and they will reward you with tons of EXP, Gems and Stamina used for playing more stages. I suggest that you complete all of the Daily Quests before they reset because that way you can claim even more rewards consisting of Gems. (You can see the time left under the very first quest)

– Fight Quests: these quests have different categories, and the more you play the game, the more you will unlock. I suggest that you start slowly by first leveling up a hero to level 15 to unlock the Advanced Training -> Lv. 15 Hero, which will give you 30 Stamina as reward, then move on to the next ones.

You can tap on each of the tasks to see their requirements and try to work towards completing some of them if you are looking to obtain a reward in particular. These quests don’t have a time limit, so do them at your own pace.

– Achievements: the Achievements are tasks which can be completed once only and they will give you some great rewards, such as Gems, EXP and Mystic Summon Scrolls so try to do them whenever you can because it will be worth it.

This is not exactly a quest but rather a task that you should do in order to claim more rewards. All that you need to do is keep the game open, and every 2 minutes you can claim some free rewards. They are in the top right corner of the screen, so whenever you see the text Available, make sure that you claim them! There are Gems, Runes and other goods there, so take advantage of all of them!

Guilds are a very important part of the game, but one interesting thing is that guilds can have only 10 players max. That means that you should be looking for an active guide with active player base, so that might take a while. You can check them out in the Ranking, and pick the one which has the highest score there.

Once you joined a guild you will be able to join the Guild Dungeon which can drop some really useful stuff such as Guild Devotion points and Calianite. There are some extra rewards that you get for Checking In daily, by using the “Check In” button! So don’t forget about it on a daily basis!

Collect all heroes and get goods from them

Whenever you summon heroes, you know that you have the possibility to summon heroes from 1 star up to 5 stars. Well, one thing which you should never forget about is that when you open the Hero menu you will see in the left side of the screen a button called “Archives”. Tap on that and for each new hero that you got, you can claim some useful items.

So head on there and tap on each icon with a red “!” mark. You will collect the items used for evolving heroes, so make sure that you save up on them and evolve the best heroes that you have first, then focus on the remaining!

Some of the best heroes that you have should be the ones that get the upgrades first, so make sure that you do that with your best heroes first because the resources are scarce. So once you decided which are your main heroes (should be some 4 star or 5 star ones that you got first) then you can work on the following:

Leveling up the heroes is super important because the higher level they have, the stronger they will be and their stats will increase. You can level up your heroes by heading on to the Info tab and tapping on the Enhance button. Then you can pick which units you want to use as food for your main heroes, and pay the price and you’re good!

I suggest that you Lock the heroes you don’t want to use as food by mistake, by tapping on the hero and then selecting he “Lock Hero” button next to the hero.

Change the heroes’ skills as you see fit

Depending on how you want your team to be, I suggest that you select the skills individually for each hero, according to your team’s needs. The heroes must first learn the skills (by using them in battle) so make sure that you don’t use the wrong skills. Check them out by heading to the Skills tab and then Skill Tree. From there read each skill, and select the one you want to use.

Give Runes to your heroes and make Rune Sets

When you play the normal stages you can obtain various runes from the battles. You should give the best runes to your best heroes first, then the remaining ones to the heroes left. Also, don’t forget that Runes have Rune Sets.

Tap on each rune to see how many you need for rune sets, and then equip them accordingly. Once you got some runes which you like, you can start enhancing them. That will cost a lot of Calianite, so brace yourself because that’s going to be a sink.

These are all of our Calibria: Crystal Guardians tips and tricks that we have for you right now! Do you know some more useful game tips and strategies to share with the rest of us? Feel free to leave them down in the comments section below!