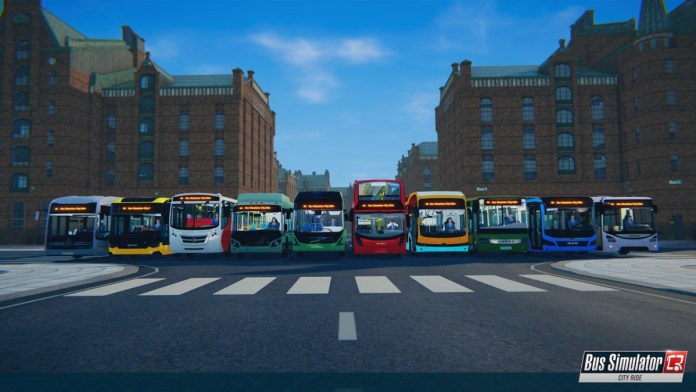 This article is sponsored by Bus Simulator City Ride

And now, right on schedule, it’s idling at the stop and waiting for you to board.

Set in the fictional city of Havensburg – a sort of imaginary composite of several unnamed northern European cities – Bus Simulator City Ride sees you picking up and dropping off passengers in ten different licensed buses.

These include models from big time manufacturers like Mercedes-Benz, Scania, Volvo, and others, and stillalive studios has reproduced each one in immaculate details. Not only do the 3D models look great on the road, but the cockpit interiors are stunning too.

And you may well encounter more types of bus than you knew existed. There are double deckers, electric buses, articulated models, and more.

But the most interesting thing about Bus Simulator City Ride from where we’re sitting is its portable focus. For the first time in the series, it’s available on mobile as well as Nintendo Switch, signalling a possible casual detour for the franchise.

In terms of gameplay, Bus Simulator City Ride is all about driving a bus and expanding your public transport network.

Havenburg is a bustling city, consisting of locations like the nautical warehouse district, the harbor, the old town, the countryside, and so on. Your aim is to connect these districts by completing story campaign missions.

As you progress through the story you’ll unlock more areas and more buses, building your business into a vast city-wide concern with an iron grip over the local population.

But you’ll also get to listen to your passengers and learn their life stories, so it’s not all cold hard business.

Plus if you are a Switch gamer, there’s a sandbox mode for those days when you want to get away from the grind and just drive around taking in the sights.

However you want to play it, Bus Simulator City Ride is available right now on iOS, and Android.

Bus Simulator City Ride Is a Portable Spin-Off of the Popular Series, Out Now on Mobile and Switch