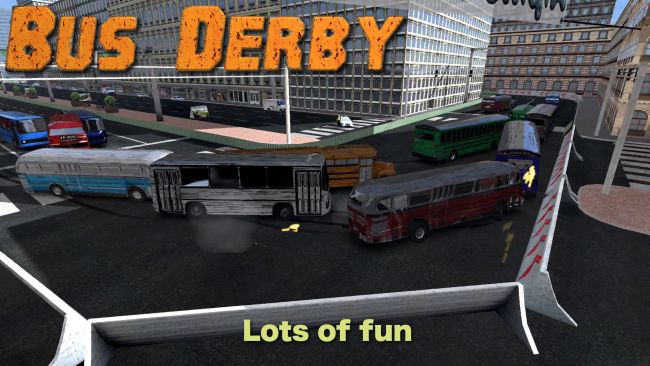 A Destruction Derby type of game with buses and a ton of customization options, with multiple game modes and really fun tracks, Bus Derby Original is really a dream come true for any violent racing fan out there.

However, getting from the “noob” status all the way to being the ruler of the bus drivers is a long road and I am here to help you make it as short and easy as possible with a bunch of Bus Derby cheats: tips & tricks to keep you going forward.

Play four or five single races to get acquainted with the tracks and also to make some money.

Don’t focus on other game modes yet, you are not prepared for them. Just play a few races to get used with the controls and get some money for…

The bus you start with is a little piece of junk. Don’t even think about upgrading anything there, it would be just a waste of money.

Instead, invest in getting the second bus as soon as possible and that will be upgraded a few times (maybe even maxed) because the third one is very expensive (and so on).

With your new bus, start a tournament

Tournaments are series of races that you must complete and at the end you get a reward based on your final position. You also get regular rewards throughout the races, making them some great options to stack some money fast.

Start with the Championship and focus on it for a while to make money – ignore the Knockout, you will lose to soon and it’s not really worth it.

In order to remain competitive, you will have to upgrade your bus a few times. You can only upgrade the bus before a race, and first focus on the top upgrade (speed and acceleration).

I recommend upgrading that twice, then giving two upgrades to the Grip and finally one to the boost. Then stash money for the third bus and repeat.

I recommend the Hills Race for some quick money as it only has two laps and you can easily finish in the top three. Basically, any 2 lap track is a good choice for some extra money.

Also, keep an eye on the “Extra” category as every now and then some 1 lap races will appear there for some even faster money.

Always look to cause mayhem

The point in the game is not only to win the races, but to also do bad things to the opposing buses.

This means that you can turn them around or roll them over and this gives you extra coins. Sometimes, finishing last but with a ton of enemies rolled and turned will earn you a lot more than finishing first!

You can only play them with the crappy first bus for a while and you will probably fail. The rewards for failing (or winning actually) are really low, meaning that there is absolutely nothing for you in the time trials. Except for personal glory…

Learn to use the brake

Never able to take those tight turns? Try to hit the brake (tap the lower left area of the screen) and wonders will happen!

You might be getting good at racing, but so do your opponents. This means that after beating the beginner level (then amateur and so on), you will get better opponents, and the game will always be challenging.

Boost to get out of tight spots

Be patient and keep going

Bus Derby is a learning game and there are a lot of tracks to get used with. So keep playing them to up the game, be patient and very soon you will be the king of the hill!

These are our tips and tricks for Bus Driver. Do you have any suggestions for fellow players? Let us know in the comment section below!