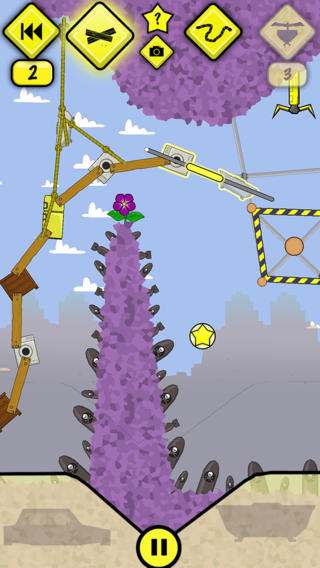 Leaving trash around is definitely a bad thing for the environment we live in, as these things aren’t really going anywhere if we don’t take care of them. Developer Andy Haith must have thought that something must be done in order take care of the problem. And have fun while doing it.

In Scrapyard gamers will have to build a tower by only using scraps. The game features a robust physics engine that will make the scraps and your tower react realistically.

While playing the game you can expect to find yourself stacking together fridges, tractor tyres and many more types of items in order to build a tower and rid the world of any unwanted stuff. This definitely doesn’t solve our serious enviornmental but at least we will be having fun.

Even though this is Andy Haith first solo game, the man has been in the industry for some time, helping developing titles like Alien Vs Predator and Sniper Elite V2. This game is quite different from the ones he worked on in the past but it’s surely going to be as fun as they are.

Scrapyard is currently available for a reduced price on the App Store, playable on both iPhone and iPad, so hurry up and get the game, as you can get it for less than a dollar.

Everyone else who is still dubious about the game can check out a gameplay trailer right below. Hurry up, before the tower collapses and the trailer gets covered by a mountain of scraps!