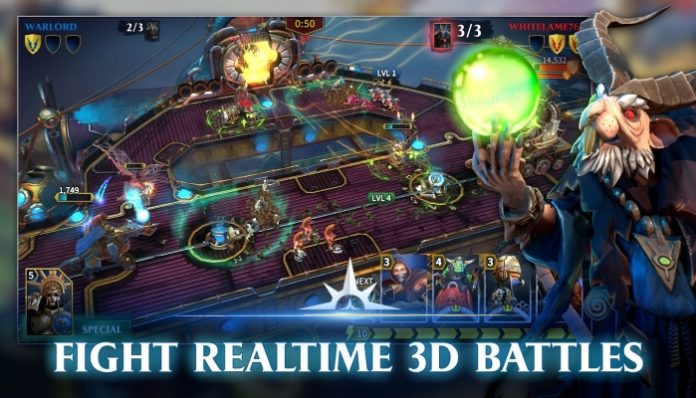 War never changes! Warhammer Age of Sigmar: Realm War is an all new real-time strategy PvP game set in the ravaged Warhammer universe. Developed by Pixel Toys, the same studio that brought us the excellent Warhammer 40,000: Freeblade, Realm War aims to deliver the same top-tier experience that Freeblade graced us with.

In Warhammer Age of Sigmar: Realm War, you are commander of a newly formed warband. Players will collect and command mighty generals from across the Warhammer universe in an effort to conquer the Mortal Realms. 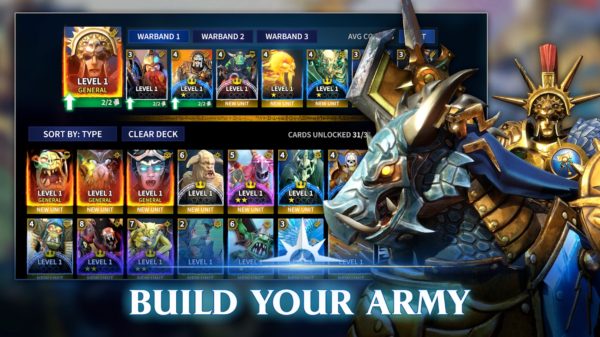 Realm War bills itself as the true fusion of MOBA and PvP card battler, and that’s pretty accurate! Two players enter a duel and each deploys their units through cards, and they will travel down the lane and automatically engage in combat. Combine units and abilities for unexpected combos, and utilize your generals at the right time to trump your opponent!

Warhammer Age of Sigmar: Realm War comes to life right before your very eyes using the exciting AR battle mode. Players will play the game as usual – deploying units and activating abilities, but the battle will take place on the backdrop of whatever your device is looking at it.

In addition to the PvP AR mode, you can also view older battle replays in AR mode which give you expanded camera options. You can move all around the battlefield in AR and watch the chaos unfold in an exciting new angle.

PvP game fans and especially fans of the Warhammer universe can’t miss out on this game! Warhammer Age of Sigmar: Realm War launches today on the iOS App Store and Google Play Store.