Home Guides Breath of the Wild Sequel Gameplay Mechanics Might Have Been Revealed in... 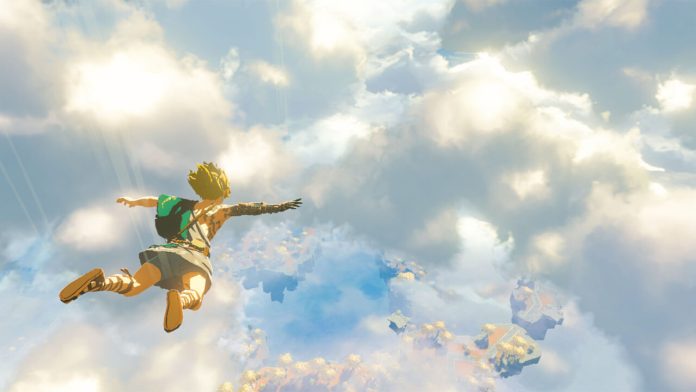 The Legend of Zelda: Breath of the Wild sequel is one of the most anticipated games hitting the Nintendo Switch console in 2022, but, despite the game being relatively close to release, there is still a lot we do not know about it.

Earlier this year, Nintendo was gracious enough to provide a new trailer that showed a little bit more of the game, teasing some exciting new mechanics that will set the game apart from its predecessor and possibly make it even more fun.

Some of the mechanics shown in the trailer have been given some additional details via some rather unconventional means. Here’s everything you need to know about them.

What we have learned about some of the new The Legend of Zelda: Breath of the Wild Sequel gameplay mechanics have been revealed by some patents filed by Nintendo a while back. These patents, unearthed by GameReactor, provide new details on some of the mechanics teased by the trailer showed during this year’s online-only E3.

The first new patent confirms that the ability to go through suspended platforms won’t be a contextual ability, but one that will be available freely to players, if the right conditions are met. This is sure to expand the gameplay over the original game a lot, giving players even more freedom in exploring the huge open world.

The second The Legend of Zelda: Breath of the Wild Sequel patent also provides some new information on what will possibly be one of the new powers at Link’s disposal, some sort of Rewind ability that will allow players to turn back time for a specific object. This power will be regulated by a gauge of sorts, so it will not be possible to use it indefinitely.

The third and final patent tells us more about The Legend of Zelda: Breath of the Wild Sequel free falling mechanics, which will be more complex than expected, as Link will be able to fall in multiple positions, such as falling backward or diving, shoot his bow and possibly more. The different falling positions will likely be required to access certain areas, or achieve certain feats.

While we already caught a glimpse of these mechanics before, the new details only make us more excited for The Legend of Zelda: Breath of the Wild Sequel, and the wait for it more unbearable. 2022 is right behind the corner, so it won’t be long before we will be back in Hyrule for a new adventure!