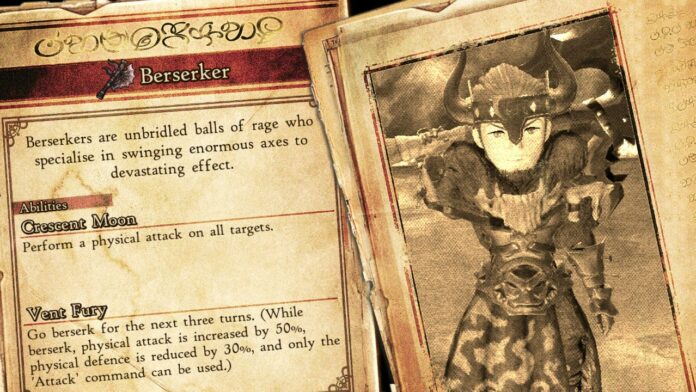 Bravely Default II features several Jobs that are extremely good at dealing damage, but very few are as good at this as the Berserker Job. Trading speed and durability for raw power, this Job comes with some abilities that allow you to end any battle in just a few turns.

Here’s everything there is to know about the Berserker Job in Bravely Default II.

The Berserker Job is among the best physical damage dealing Jobs in the entire game. Their agility is pitifully low, so don’t expect to get many turns during combat, but the huge attack power and the amazing abilities this Job learns more than make up for it.

While certainly effective in boss battles, it’s in regular battles that the Berserker Job truly shines. Level Slash and Crescent Moon can hit and destroy multiple enemies for a small HP and BP cost, while Free-for-All turns the Berserker into a real death machine, as this ability removes any cost for using abilities while afflicted with the Berserk status ailment.

Other than the low agility, the only other downside to this Job is the relatively low HP. As such, you may want to make the Berserker the Sub-Job of other faster and more resilient Jobs for maximum efficacy.

The Berserker Specialities are extremely useful in making the best out of the class. Pierce Default nulls the damage reduction against defaulting enemies, while Rage and Reason, learned at Job Level 12, makes the Berserker even more powerful, as it lets you choose commands half of the time while afflicted with the Berserk status ailment.

The Berserk abilities are mostly geared toward offense, and are generally quite useful in regular battles.