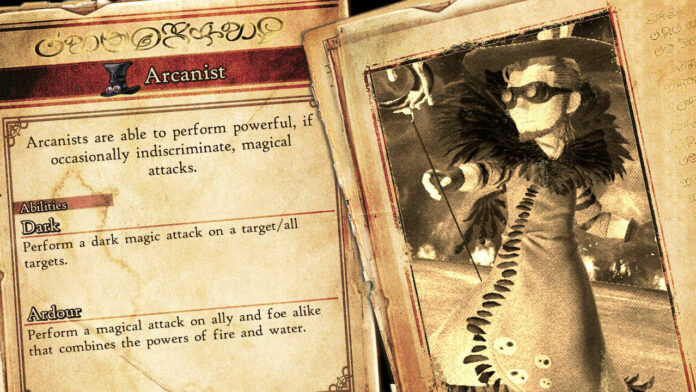 Bravely Default II features several magic-oriented Jobs that let you dish out magical damage, but none of them is comparable to the Arcanist. This Job can be extremely powerful in the right hands but requires quite a bit of upkeep to reach its full potential.

Here’s everything you need to know about the Arcanist Job in Bravely Default II.

The Arcanist is a magic-focused Job and, as such, comes with very high MP, Magic, and Magic Defense stats. Every other stats is on the low side, with the exception of an average Restorative Power that can make the Job a competent healer if needed.

Picking a healing-focused sub-Job, however, is not the way to go to make the Arcanist a force to be reckoned with. This Job’s abilities are all geared towards offense: the Magic Amp ability increases the power of any offensive magic by increasing the MP cost of spells, and so does the Wild Wizardry speciality, only that it also adds the chance for the spell targeting all party members as well.

The Necromancy abilities include the Dark family of spells as well as Drain and Aspir, making the Arcanist a great choice for a sub-Job, as this lets you use these very useful spells without having to deal with the Job’s specialities, which do get in the way more than expected.

The Arcanist starting speciality is All In, which makes it so magic attacking all targets will not get its damage reduced. The downside is that the spell will also hit the caster. The second speciality, Wild Wizardy, that we detailed above is learned at Job Level 12 like all the other specialities.

The Arcanist’s Special Attack is Black Mass, a power dark-elemental attack that deals magical damage and increases the party’s Restorative Power by 50%. To use this ability, you must use Necromancy 13 times.

The Arcanist Necromancy abilities include dark elemental spells and other supportive abilities meant to improve the efficacy of offensive magic.