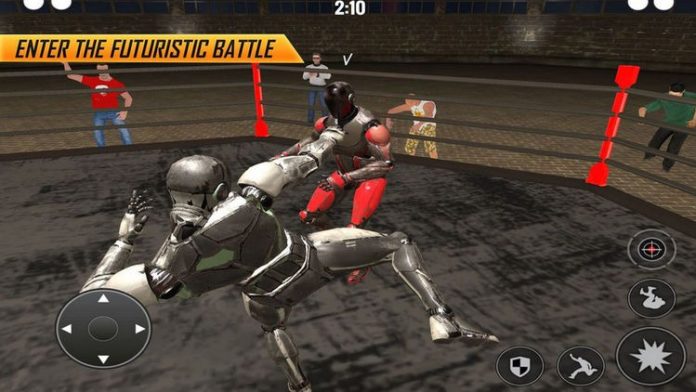 Boxing Robot: Fighting Cup brings robotic mayhem to the ring! Choose from a variety of robots and duel other robots in hectic one-on-one battles! Punch, kick, and roll your way to victory as you fight with everything you’ve got! It’s metallic madness and we’re here with our Boxing Robot: Fighting Cup cheats and tips to give you an edge in the ring!

Use the dodge roll often!

Learn the dodge roll. Love the dodge roll! Tapping the dodge roll button in a neutral position will make your robot roll forward. It’s good for closing the gap between you and your opponent quickly, but as an added bonus you’ll roll right under any attacks they might throw at you. Use it often to confuse and surprise your opponent!

When you’re locked onto your opponent, dodge rolling to the side will make your robot roll around the enemy. This is a great technique because not only will you dodge attacks, you’ll be in your opponent’s blindspot perfect for counter-attacking. 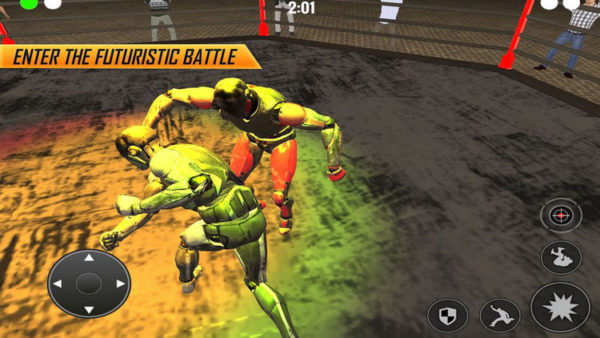 The enemy AI doesn’t seem to know what to do against a flurry of relentless attacks. Seriously – most of your opponent will go down easily if you just attack them without letting up. Doing your full combo by spamming the attack button is enough to chunk them down, at least for the beginner opponents. When you get to the later opponents, it might be time to unlock new characters.

Sonny will get you through most of the beginner fights, but once you start fighting the opponents with swords and shields he might not cut it anymore. To unlock any of the other fighters, you will need to watch an advertisement. Since you can unlock any of them this way, you might as well go for Cylons, the strongest robot of them all. With a whopping 300 health and 90% control (we assume this means damage), Cylons will best anyone in the ring. 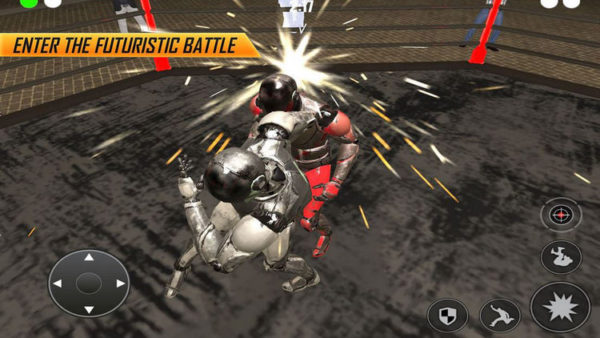 No need for blocking or jumping!

Blocking will reduce the damage you take, but when you have a much better option (dodge rolling) it’s kind of pointless, so you don’t really need to bother with it. The same goes for jumping – we’re not sure what the point of it is, as you can’t perform any jump attacks or anything of the sort. Stick to the ground, use dodge rolls as your main defensive maneuver, and you’re good to go!

Cancel your animations by inputting moves!

You have the ability to cancel any of your animations by inputting new moves. For example, if you attack then dodge roll, you will cancel your attack and go into a roll. This doesn’t happen right away, so make sure you account for that, but it can be useful in certain situations. If you tap the attack button as you’re coming out of a roll, you can launch straight into a surprise attack that can catch your opponent off guard.

You can do this technique with just about any action, like blocking and jumping, so feel free to experiment even though those base moves aren’t that great.

That’s all for Boxing Robot: Fighting Cup! If you have any other tips or tricks to share, let us know in the comments below!