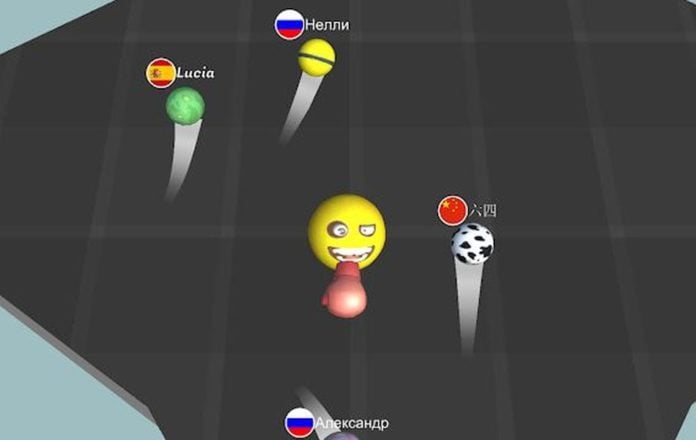 If you were curious about some Bouncy.io tips and cheats that will help you be the last man standing in the ring “of bounce” then you’ve come to the right place, because we will share with you everything that you need to know in order to win all the games!

First things first: you’ll need practice! So if some of these tips and techniques won’t work as well at start, don’t worry because you’ll get better and you’ll nail them in no time. Since the purpose of the game is to knock all the other players off the board, you might want to make sure you’re still standing and kicking!

In order for that to happen, let’s not waste another second and dive right into the Bouncy.io tips and tricks!

Make as many upgrades as possible

One thing that you will need to keep in mind at all times is the upgrades. In the game there are a total of 4 types of upgrades that you can do, each of them costing more than the previous one. 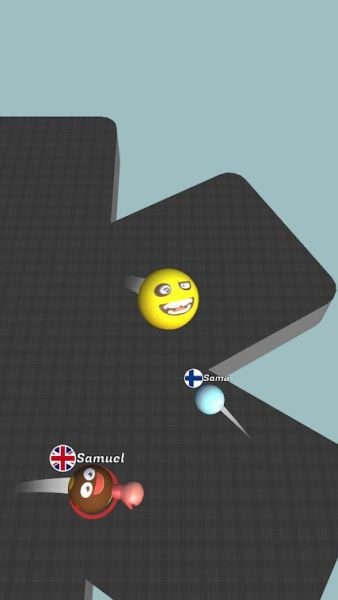 An upgrade will raise the current stats by 5%. These are the available upgrades:

– Coin Earning Upgrade: increases how many coins you get per run when playing.

– Offline Earning Upgrade: increases how many coins you get while not being in the game (offline).

There are several ways that you can start upgrading the stats, depending on how you choose to play the game. If you want to actually play and get involved, then I suggest going for the first three: Size upgrade, Speed upgrade and Coin Earning, because these will benefit you the most.

If you’re going to be more of an offline player, then you can start out by maxing out the Offline Earning and Coin Earning, and when possible adding points to the other skills. This is a great way to get more powerful in the game and ensure your win.

Watch an ad to get more coins

Whenever you finish a level, be it a win or a lose, you can choose to watch a video advertisement that lasts for about 30 seconds (on average) and earn 4 times more coins! It’s a great way if you want to unlock those upgrades sooner or simply want to unlock cute skins for your ball (Yes, that’s a thing! More details below!). 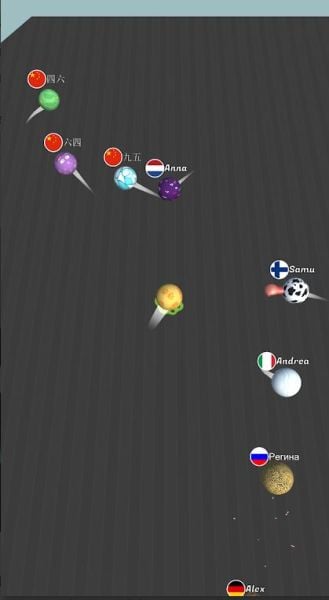 I suggest that you do this when you’re getting the big rewards from winning, because I don’t really see a point in watching an ad to get 4x a low amount of coins. When you win you get more coins, so by watching an ad you’ll get even more! The same works with the 5 wins box, which will give you increasingly more coins.

Every 5 wins you get you will unlock a new chest. These chests will give you more and more coins with each 5 wins you get, because they upgrade in tier. At first they are Bronze chests, then Silver and so on. It’s good to keep collecting these wins because they really do pay off!

To win you will need to be the last ball (man) standing. That is not as hard to do if people don’t know what they are doing, but if you run into a pro at the game, you might have a very hard time kicking them off the platform. 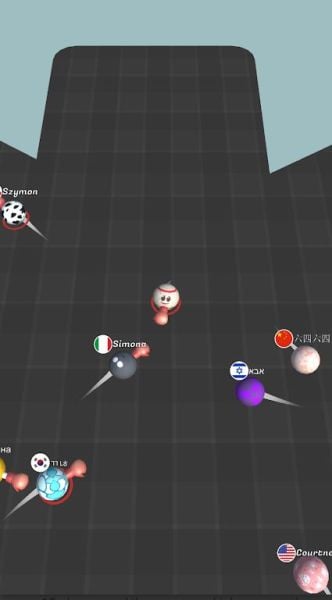 You might get bored with the default 8 ball, so you should definitely spice it up a little bit! In the top right corner you will have the possibility to look at all the available balls in the store. They don’t cost real money, but in game ones which are coins and they are of 6 types:

The type of skin you choose doesn’t really matter, so you can simply pick the one (or the ones) that you like because they are purely aesthetic. It’s great to choose a unique design because it will make you stand out among every other player (but it may make you a target!). 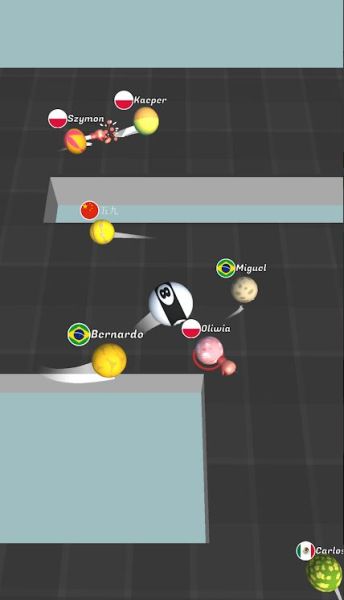 To pick up or to not pick up

Every once in a while on the platform there will spawn a few stuff that are useful, and some that are not. These spawnable items are these, and you might want to decide if you want to touch them or not!

– a head (yep, that’s right, a head!): This will kill you instantly as soon as you roll over it, so avoid it at all costs.

– slime: It’s not just in the viral internet videos, it’s in the game too: the slime will slow you down and keep you stuck to the ground, helping you not to get kicked. It glows green, so it’s hard to miss, really. I suggest picking it up whenever possible, but don’t risk your (ball) life for it!

– boxing glove: The glove will make you kick the others much faster and further away. It’s especially good in a 1v1 situation or 1v2 situation where you might be at a disadvantage, so try to pick it up then! Also, when you see other players having it equipped, know what to expect and try dodging them.

There are a few ways that you can try and master the technique of the ball. It’s not hard if you have played this type of games before, but if you are new it all depends on how fast of a learner you are. We will share a few techniques right here below:

– When there are more people, move with the “group”. This means that when there are multiple people sticking to one side, try and go there and kick them a little. Try giving them a “head start” down the platform. Stay with more people and kick around because the ones who pretty much suck at the game will fall first. Don’t be among them! 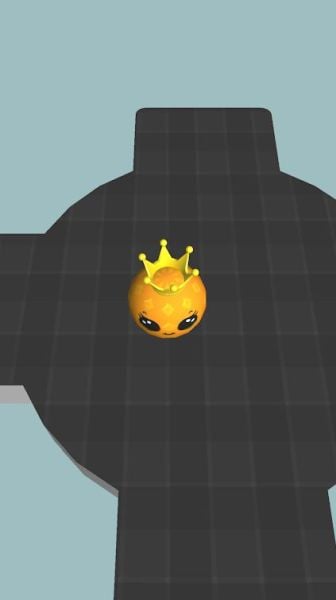 – You should always try to stay away from the edges, unless you know what you are doing. If you stand close to the edges it’s like you are asking for it. Try positioning in the middle or around the center of the platform to avoid getting kicked.

– Fool the other players! If you are pretty good at the game, you might want to try this! It’s going to take a few falls until you master it, but once you got it you could very well have a little fun!

Try standing right on the edge of the platform, as close as possible to the end and don’t move. When someone comes in and tries to kick you down, quickly step aside and let them jump off the platform themselves.

– Bounce again and again into the same player to kick him off. This will work even better if they are bigger. Just keep pushing your ball into the other player’s and keep them locked in one spot. This will make it pretty difficult for them to get away from and might just end up dying.

– Someone is chasing you? Try chasing back. This will work pretty well if you try the “edge of the platform” technique, but if it’s too risky, then just try to avoid them and strike back when they are close to an edge. Patience is key, so don’t go bananas!

These would be all the Bouncy.io tips and tricks we have for you right now! If you know some other cool techniques, tips and tricks that we haven’t mentioned here, leave them in the comments below for everyone to see!