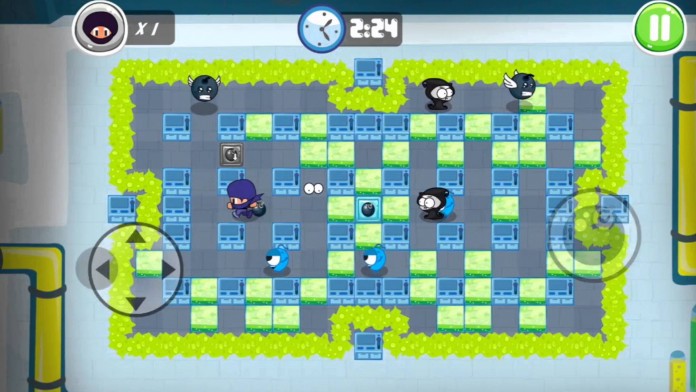 With Bomberman iOS games having been removed from the App Store a while back, those who wished to enjoy the experience of the classic series on the go really had no other option. Thankfully, a new game inspired by this classic series is going to be released soon on the App Store.

The new Bomberman series inspired game is called Ninja Boy Adventures. The game, which is currently in development by The Clash Soft, the team behind the tower defense game Shark Attack 2, will offer over 30 single player levels and an online multiplayer mode supporting up to 4 players in true Bomberman style. The game is also coming to Apple TV and this specific version of the game will come with a local multiplayer mode supporting up to 4 players.

With MFi controller support and no IAP whatsoever, Ninja Boy Adventures will be the Bomberman game iOS players have been waiting for quite a long time. The game is now under review by Apple and it should be released before long. We will let you know precisely when the game becomes available for purchase as soon as possible so stay tuned for all the latest news.