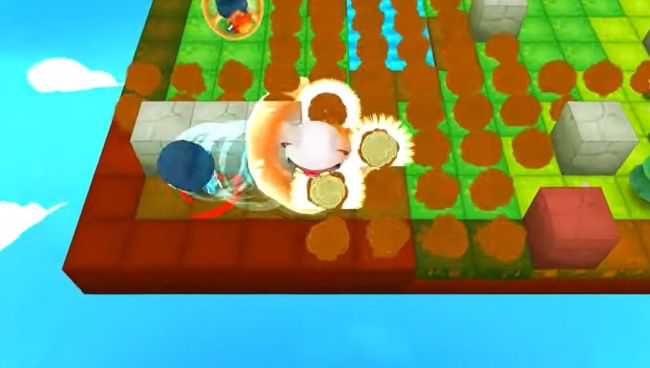 In today’s article we are going to dive into the Bombergrounds: Battle Royale tips and cheats and help you win more battles, and learn how to stay alive for longer – hopefully end up the last man standing!

Bombergrounds: Battle Royale is unlike many other battle royale type of games out there, in the sense that you have to place bombs and avoid the enemy bombs, all the while collecting various items and getting stronger! If you know Bomberman (old 80’s – 90’s game) then think of this one as an upgraded version of that, but PvP!

So without further ado, let’s dive right into the Bombergrounds: Battle Royale tips and tricks right here below and teach you everything that you need to know to win more matches!

The game basically revolves around placing bombs and throwing them at the enemies, so that you can take them out. That, along with gaining stars to level up is what you pretty much need to do in the game – while trying to survive!

So let me briefly explain all that you need to know:

– Place bombs to destroy your enemies: this is the main way to take down the enemies. Basically you will have to place bombs in the empty spaces and throw them at the enemies.

You should avoid being in the explosion radius, because if you are there you will get killed.

– Destroy the boxes: by destroying the boxes scattered all around the map you will be able to obtain a lot more useful items and stars.

Try doing that at the very beginning because it is the best thing you can shift your attention to.

– Be the last man standing: this is basically the win condition. You should always try to be the last remaining person alive, because that means that you won!

Now it’s a little difficult to do that, so let me further explain and give you some tips down below!

Unlike what you might think of a battle royale type of game, you should try to always take things slowly and analyze how you want to approach the game.

One of the best things you can do is to not rush into trying to take down people, but rather to wait and run away as much as you can.

The arena is constantly shrinking, row by row and column by column, so you should try and avoid standing on the edge too much because that is going to both make it easier for the enemies to push you out with an explosion, and you could also sabotage yourself (sad but true) and fall off the edge and lose.

So the best thing you can do is to try staying somewhere close to the middle and avoid other players as much as you can.

Try doing that because in the meantime they can take each other out while you are just running around gathering stars and upgrading your toon.

The lazy way: This is basically what I could also call “the lazy way” because you just run around, avoid fighting whenever possible, and try to become one of the last two men standing – then, you just focus on killing the last one and that’s it!

A battle tip that I have run into the hard way is that you can place multiple bombs one after another, kinda into a chain formation, and then toss them towards the opponents or even make it so that they don’t expect it!

To do that, once you’ve placed down your first bomb quickly put another one before the first one explodes!

That way once the first one explodes, it will trigger a chain reaction and make the second one explode, then the third one and so on. By doing this you can pretty much trick people and take them by surprise!

Inside the boxes and trees you can discover tons of powers and stars, so it’s one of the best farming places so you should always try to break more as you go. One way to be more effective about this is to place bombs at “key” spots right between two boxes in a tight lane, or a box and a tree.

By doing that you will not only obtain more stars and power, but also make a bigger more open space where you will not be ambushed by the enemies’ attacks.

An exception to this would be if there is an enemy who is moving towards you quickly, in which case you can lure them into the lane and place bombs behind you in your path to take them down!

Use your bat wisely

You might have noticed that bat weapon that you have – well, if you are not sure exactly how to use it, then let me tell you a couple of things that it can be used for:

– Charge up the bat to instantly kill nearby enemies: By doing this you will slow down, so you will need to be very careful of bombs.

– A charged bat will also hit bombs further away: You can try using this when there are not a lot of people left that can ambush you, or you can try taking enemies by surprise with this move.

– Stun enemies close to bombs: Use the weapon to stun enemies that are in a bomb’s range, in order to take them down – that is, if you are taking an aggressive approach to the game!

As a side note, if you see an enemy that is slow, don’t go head-first into them as chances are they have their bat charged and they will easily one shot you! So try to avoid them even though they look like an easy kill!

There is an instance where you can obtain a shield from the chests. If you happen to have a shield, then you are safe from the bomb explosions – that applies for the enemies too! So if that is the case, you can freely walk straight into the bombs without getting hurt.

You can use that as a “bait” for the enemies who don’t know that, or if you see an enemy with a shield, you should know that you are not exactly safe from them even if you go into the tight lane packed with bombs! Just remember to watch your shield so it won’t run out mid-way through the bomb walk!

Now there are tree levels of shields:

– Level 1 shield: This shield will be deactivated once you ran into a bomb. Basically it can only take 1 hit before it’s done for.

– Level 2 shield: This is the same as the first one, except it applies for 2 bombs / hits instead of 1.

– Level 3 shield: This is the most broken one from the shields in the game, as it can take any amount of bombs and it will not run out!

There are two types of chests in the game, which both contain some customizations to help you make your character unique! The first one, the Basic Chest, costs either 150 Gold or 10 Gems (however I suggest that you use Gold for it) and you can see the loot inside when you tap on it!

The second one is the Premium chest, which costs 25 Gems and it contains much better loot than the first one!

If you are looking to make a drastic change to your appearance then you can save up to purchase either one of the chests because it’s a lot more fun to play with a unique looking character!

While I got wiped out in the first 10 seconds of playing this game, I learned that if I stand in the same spot I make for an easy target.

Well, that along with many other things you can only learn by playing more and more, and practicing the game as much as you can.

If you don’t really know what to do from the beginning, start slowly and go fight many battles until you understand everything the game has to offer. You will find yourself having a lot more fun if you go into the game thinking that you go to learn rather than go to win.

By doing this enough times, you will get really used to everything in the game, especially the mechanics and right time to place bombs when the enemies are approaching, and eventually you will instinctively do everything without even thinking about it!

So have patience, play a lot of games, and eventually you will win the game – not just once, but many times! You know the saying “practice makes perfect”. Well, that applies ere as well!

These would be all of our Bombergrounds: Battle Royale tips and tricks that we have for you right now! Do you know some more useful game tips and strategies that you would like to share with the rest of us? Feel free to leave them down in the comments section below!