Home Apps & Lists Blizzard’s Diablo: Immortal Will Be Insanely Popular on Mobile, Despite the Backlash 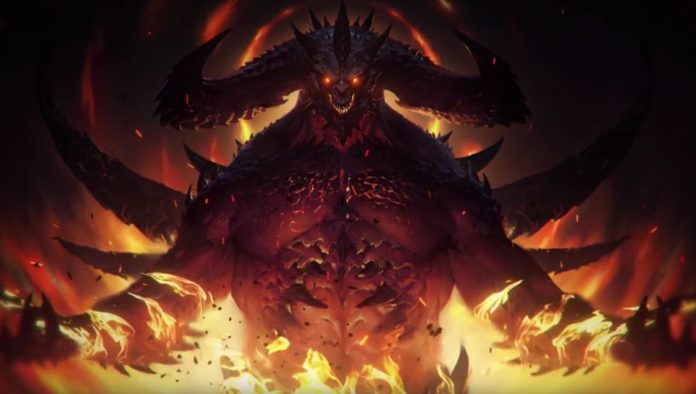 During this year’s Blizzcon, Blizzard took the world by surprise and created a real storm when they announced Diablo Immortal. Why, you might ask, when fans of the franchise should be happy to hear that there’s a new Diablo game in the works?

Well, the main reason for the backlash and horrified reactions from the gaming community is that Diablo: Immortal is a mobile game. And apparently, mobile games are the single purest form of evil on this planet.

Blizzard themselves admitted that they were expecting negative reactions, but not to this level. There will probably be petitions, people complaining, people who will genuinely stop playing Diablo – or at least ignore the upcoming mobile game and Blizzard will probably lose some of its life-long fans. And all for a silly reason.

The only thing that we know about Diablo: Immortal, despite the fact that it’s going to be on mobile is this:

The trailer doesn’t give us much, to be honest. If we are to look at it and judge, we can actually say that it’s a pretty good trailer and if it was for any other platform than mobile, it would’ve built the hype of the year.

Why all the hate for Diablo Immortal?

People generally complain whenever a change is made. When they’re taken off the route they know so well and thrown into the unknown, they wholeheartedly dislike it.

Even more, since we’re talking about the mobile platform, one famous for annoying its customers with ads and in-app purchases that make some games “pay to win,” things get a bit more complicated. The smartphone itself is a device that is still associated with more casual games, even though we have some truly hardcore titles on mobile that are anything but casual.

Although some say that Diablo Immortal is not necessarily going to be a free to play game, I doubt that will happen. Big names go free to play now (see Destiny 2 – the latest big name o join the free to play race) and the mobile devices are really not made for full priced, premium titles right now.

Just look at the recent release of the “full experience” Civilization 6 on mobile, selling for $60 and the entire world exploded. So apparently this route is not a good one either. Whatever you’re going to release on mobile, as long as it’s based on a beloved franchise, it’s going to cause some major, negative waves. Unless it’s coming from Nintendo, of course.

Back to the upcoming Diablo game for mobile, it is most definitely going to be a freemium title. But you know what? That won’t make it automatically bad. On the contrary, it will open up many doors for many people to actually play the game. You know, not everybody affords to spend $60 on a game. Sure, you can say “you don’t afford it, you don’t buy it” – but people don’t really do that, do they?

This is why piracy is rampant on other platforms – especially on PC. Because games are too expensive for most. A free to play game keeps everybody happy, as long as it’s well made and not built with the sole purpose of ripping off your coffee money for IAPs so that you can defeat that boss or buy a shiny piece of equipment.

But, even though NetEase is involved in the game’s development, it’s Blizzard that we’re talking about, in the end! I doubt that they’re just going to throw up a game for cash milking purposes only. They know what they’re doing. Not to mention the fact that NetEase is not really the pinnacle of pay to win or ad stuffing either!

And you know what? Blizzard has also released Hearthstone on mobile. You know what type of game that is? A free to play one, yet nobody (or very few people, if any) complains that it’s a pay to win title. Trust me on this – Blizzard knows what they’re doing!

I am a huge Fallout fan and Bethesda had their fair share of hate (although not to this degree) a few years ago when they launched a Fallout game on mobile. Unlike the upcoming Diablo, this was indeed a dumbed down, casual version of the amazing RPG that everybody loved.

However, Fallout Shelter became one of the most popular games on mobile – because everybody was curious about it – and it’s still played by millions to date. It wasn’t that bad after all, even though it was completely different.

The same goes with the upcoming launch of Fallout 76 (apparently, the Fallout franchise makes for a great lab rat): there was a complete backlash when Bethesda announced it will be online-only, but things calmed down once the BETA of the game actually kicked off and everybody realized that it’s not that bad, actually.

I am one who was really disappointed to hear about Fallout 76 and its online nature, but I must admit that it’s still a Fallout game and I love it. Actually, more than I loved Fallout Shelter – not that it matters.

What matters is that Diablo: Immortal will become one of the most popular games on mobile. People might say that they hate it, many might say that they will boycott sales and never try it, but eventually everybody will. And I am 100% sure that the upcoming Diablo will be a pleasant surprise even to its biggest critics.

Why? Because mobiles have evolved a lot and they can handle AAA projects now. Because it’s Blizzard that we’re talking about. And Because it’s Diablo!

This is a franchise that began when there was no such thing as online multiplayer and many of us have spent hundreds of hours playing it. But, just like everything in life, it has the right to evolve or at least adapt. And this is what Diablo: Immortal will do: it will help the franchise grow, it will help more fans of the game – as well as those who know nothing about it – experience the world of Diablo and enjoy the gameplay that made it such an iconic title.

And, despite all the backlash and the pouring hate, Immortal will get high ratings and a lot of love. So do try to keep an open mind and don’t hate it just because it’s on mobile, even if it’s going to be a free to play title. If you have such strong feelings, then most likely this is one of your favorite games ever. Give it a chance! I’m sure you’ll be pleasantly surprised!