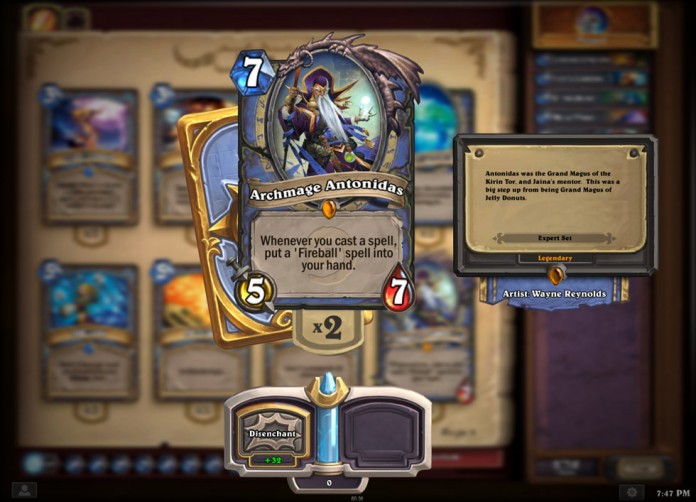 Hearthstone is going to be one of the most addicting iOS games of the year, judging by the test phasing which has been going for a few weeks. The second testing Season should have been launched in the next days, introducing some new features to play with, but Blizzard has announced with a post on Battle.net that the second testing Season has been delayed.

Christina Sims, Community Manager for Blizzard, confirmed that the decision to delay the second testing season has been made so that some additional bugs and issues can be fixed and that the transition can be as smooth as possible.

Maintenance on the game should be completed before the end of the day. All player ranks will remain unchanged and the first testing season will continue until further notice.

Hearthstone: Heroes Of Warcraft is a card battle game which uses characters and items taken from World Of Warcraft, one of the most successful MMO games ever released. You can read more about the game’s announcement and features by going here.

You have no idea about what we have been talking about? Learn all about Hearthstone: Heroes Of Warcraft by watching the following video.