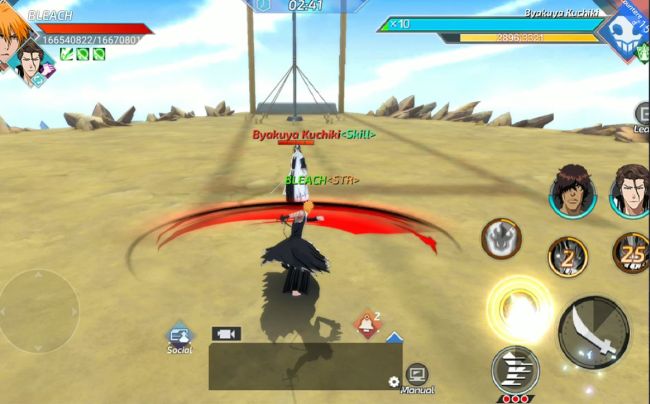 In today’s article we are going to cover all of the Bleach Mobile 3D tips and cheats to help you become more powerful, and put together a powerful Shinigami team!

Personally since I love Bleach so much, I was super excited to finally be playing the game, and for those of you who are wondering what this is all about, think about it this way: you remember the anime? Well, that’s pretty much what the main story plot follows, except slightly shorter and with the main encounters being played by you.

It’s a pretty neat game and I’ve played it quite a bit, and if you like the series as much as I do, you will probably be thrilled to just have a Bleach game which has very cool graphics and a gacha system which allows you to get your favorite characters and put them in a team (yeah, I see you Grimmjow x Ulquiorra fans out there).

So without further ado, let’s do what we came here to do – give you the complete Bleach Mobile 3D tips and tricks that we have gathered so far!

So the main thing that you should be doing at the very beginning is trying to get some more powerful heroes and level up in the process. You will have to play through the normal stages of the game, so you will probably do that with Ichigo at the very start, but soon enough you will gather enough rewards to recruit more heroes.

I suggest that you play as much as you can and try to advance more and more, because the more levels you unlock the more you will be able to actually achieve. Basically some levels will give you character shards, so that’s the levels which you should be farming.

You will unlock better ones the more you progress through, so I definitely suggest that you play as much as you can.

My tip here: Try to clear the stages for the very first time with as many stars as you can (doesn’t have to be 3* in first try) because the first clear reward will give you Gems which you can use for the advanced recruitment and other stuff.

As previously mentioned, you should just play the levels to finish them at start, but once your team is strong enough you should return and re-play the levels to complete them with a 3* rating. That is, because if you check in the bottom right side of the screen you will notice that there are three boxes.

These boxes will give you extra rewards if you have gathered a certain number of stars from the stages. It’s super important that you try and complete them all with 3 stars because the last box will give you some super useful rewards!

So my suggestion would be that once you have upgraded your team members and made them more powerful, you come back and re-play the stages so that you can claim the rewards for finishing all levels with 3*.

The characters on your team can be upgraded quite a bit, and it’s super important that you do that when you are having a pretty tough time advancing through, because it will make quite a big difference.

The characters can be maximum level as your account level, so if your account is level 38 for example, your characters cannot exceed level 38 until you’ve leveled up yourself. That’s why it is important that you level up as much and as often as possible, because then your team can get more powerful too.

In my opinion you should not bother with upgrading Sado and Ichigo too much, or at least until you have unlocked Bankai Ichigo (at least) because that one is stronger than the first one.

I suggest that you don’t invest too much in the early heroes, and try to get some powerful SSR ones which will make it much easier to play the other stages and progress through the story.

Don’t waste your EXP items on upgrading R characters because it’s definitely not worth it, and when you will unlock a SSR one you won’t have enough EXP to level it up (been in that situation – don’t do it too!).

When you play, take the advantages and disadvantages in consideration

In the game there are six main traits which can define any character. Those traits will have strengths and weaknesses, so you should try playing around them because that will make a character stronger against a certain enemy and vice-versa.

STR (Yellow) is strong against AGI (Purple), but weak against Skill (Green).

AGI (Purple) is strong against Skill (Green), but weak against STR (Yellow).

Skill (Green) is strong against STR (Yellow), but weak against AGI (Purple).

UNIQUE (Red), FINAL (Orange) and GREAT (Blue) counter each other and they are stronger against STR, AGI and Skill by 15%.

So I suggest that you make sure to try and counter the characters which you are going up against because that will definitely give you an advantage during the battles.

The equipment that you have should always be to the maximum possible upgrade level, because that will make your characters so much stronger! There is a little magic button which lets you enhance your gears 10 times at once, and I am a huge advocate of that one.

The red carpets as I like to call them, are the red areas which mark on the ground the area in which the enemy will launch an attack.

At the very beginning this won’t be super meaningful, but after you progress through the chapters a little bit you will notice that the enemies will be able to lock you down with attacks and CC (crowd control) and you will want to dodge these areas as much as possible.

Try using the dash button to quickly dodge away from this in the opposite side, because that way you can avoid the incoming attack with a much higher change. Usually you will have about 1-1.5 seconds to dodge before the attack launches, so try dodging ASAP in order to have a higher chance of doing so.

That is because on Auto Battle mode you will not be dodging the enemy attacks and that’s really not something to look after while you play. Since the Renji battle is going to be a little bit difficult if your heroes are not upgraded, you should do your best to avoid all of the damage that he does (because that’s a lot) and the Auto won’t do you any good in regards to that.

I don’t know about you, but I always want to get the best heroes possible and therefore I always try to invest all of my currencies into this – especially in this game where the heroes which you can get are super amazing (as I mentioned, I love Bleach)!

So putting my biased opinion aside, you will have the gacha system in the top side of the screen, under the name Recruit. Head on there and you will be able to gather plenty of heroes to join your team. There are two main summon types:

– Nomal Recruitment (Costs Character Recruit Coupon) and this can give you R and SR complete characters, as well as SR character shards and SSR characters shards.

Every single day you will have a few chances to do the Normal Recruitment for free, every 10 minutes – so don’t forget about that and make sure that you do it whenever it is available!

Every single day that you will simply log in to the game you will be able to claim some daily log in rewards which will come in handy.

I suggest that you log in every single day even if you don’t plan on playing that particular day, because on the 8th day that you will log in you will receive 10 Advanced Character Recruit Coupons which will be super useful.

If you haven’t really cared much for making friends in game, but you like gathering Gems and making summons, then you should probably consider adding them because for having certain number of friends you will be able to claim Gems!

Just head on to the Welfare menu in the top side of the screen and scroll all the way to the bottom.

There will be the Friend Target tab which will show you that when you add 1, 2, 5, 10, and so on friends you will receive 50 Gems for each of those milestones! So go ahead and ask everyone to be your friend! You can even add me if you would like! My IGN is saichi.

To add a friend you can do two things:

– First: if you are next to them, simply tap on the person and select the add friend option.

– Second: head on to the Social tab (on the left side of the chat) -> Friends -> Apply and in the search bar tap a person’s name.

Make sure that you remember to gift your friends Stamina and claim the Stamina that they gift you! This can be done 30 times every single day and you can claim 3 Stamina with each Claim!

An Association is the equivalent of a Guild, and if you think that it is useless, then think again – it’s actually super useful because you can post requests for various characters’ shards in there and people will gift them to you for free.

You should be a good sport and give them the ones that they require as well, only if you have them. Another important part is making sure that you join an active Association because then your chances of obtaining the characters you want are increasing (more people = more chances)!

And these would be all of our Bleach Mobile 3D tips and tricks that we have for you right now! Do you know some more useful game tips and tricks that you would like to share with us? Leave them down in the comments section below, and stay tuned for more Bleach related articles! 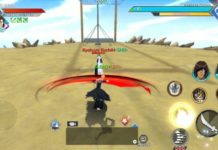 Bleach Mobile 3D – How to Get More Gems