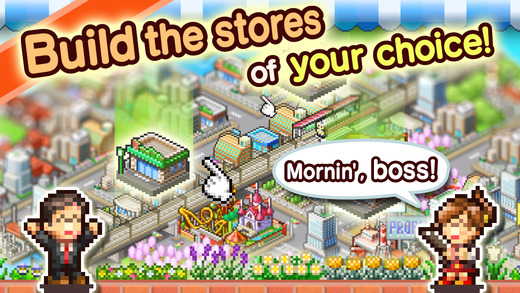 A new simulation game from Kairosoft is now available on the App Store, a game that will allow players to see if they can develop several businesses at once and be successful at it.

The new game is called Biz Builder Delux and, as the name suggests, it will allow players to run several businesses at once. The game seems to be the culmination of what Kairosoft has been creating in recent times, as previous games from the developer allowed players to created different types of businesses such as a game development studio, an anime studio and much more.

Other than the fact that you will be running several different businesses at once, Biz Builder Delux doesn’t play all that differently from other Kairosoft simulation games such as Game Dev Story and other games. Players will have to invest in R&D to always stay at the top of their game, train staff, beat the competition and more.

Biz Builder Delux seems to be the perfect game for those who have enjoyed Kairosoft simulation games and haven’t had enough of them. The game is now available for purchase on the App Store for $4.99 so head over there as soon as possible for your simulation games fix.