Home Game Guides BitLife: How to Become a Pilot | Tips and Cheats 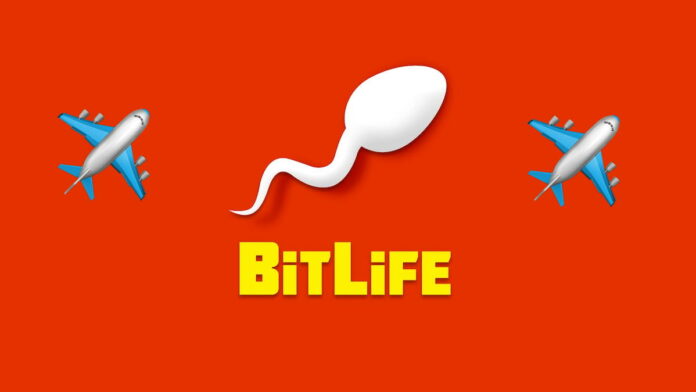 BitLife is the game where players can be whatever they want – including an airline pilot! Becoming a pilot in BitLife is somewhat challenging, but in our guide on how to become a pilot we’ll show you the exact steps you need to take to increase your odds.

As with most hard careers in BitLife, your stats play a vital role in helping you land the job. For pilots, you’ll need to have lots of smarts to help you get through school and university.

Thankfully, smarts is one of the easier stats to raise in BitLife so it’s not too bad if you get a character with lots smarts. Just study hard, read lots of books, and make sure not to skip school.

As always, make sure to keep your other stats up too. Health is important, so take walks and go to the gym every now and then. Looks are somewhat important, but as long as they’re not near 0% you should be fine. And of course make sure to stay happy!

Live your life as normal, and once you get through high school immediately go to university. Hopefully you brought up your smarts high enough for a scholarship, so go ahead and pick any major, it doesn’t really matter.

Start graduate school as soon as you graduate from university. This will help your smarts and it’ll improve your odds of getting the pilot job.

Related: BitLife: How to Become a Professional Athlete

Getting your Pilot License

At this point of your life you are able to take licensing tests, but you’ll need some money. Take some time to earn a little bit of dough – it doesn’t need to be anything crazy, so a part-time job will do for now.

In order to take the pilot test you must complete a mandatory 40 hours of flight school, so go ahead and do that. You’ll need roughly $1,000-$2,000 (varies with your country) to take 10 hours of class at a time. You can do this all in one year if you want, and we recommend you do so if you have the money.

You can take your pilot license test once you have 40 hours of school. You’ll be asked a random question or shown a random picture, and you’ll need to either answer correctly or identify the picture. Here are all the answers:

Now that you have your pilot’s license, it’s time to become a full-fledged pilot. What you’ll need to do is browse the full-time jobs every day and look for the “Pilot Trainee” job.

This job is very rare and it’ll take some time to show unless you get really lucky. Bring up the job postings and if you don’t see it, either age up a year or close BitLife and re-open it to refresh the job listings without taking a year. This is helpful for time-sensitive stuff!

Apply for it as soon as you see it, then choose a positive answer for the interview. You should land the job, and from there you can keep at it until you get promoted. You’ll go from trainee to co-pilot, then airline captain, then finally a chief pilot, the final position.

Congratulations! If you made it this far you have become the best pilot that you can be in BitLife. You’ll earn an achievement for becoming a chief pilot for the first time if you’ve never done it before.

BitLife: How to Become a Pilot | Tips and Cheats