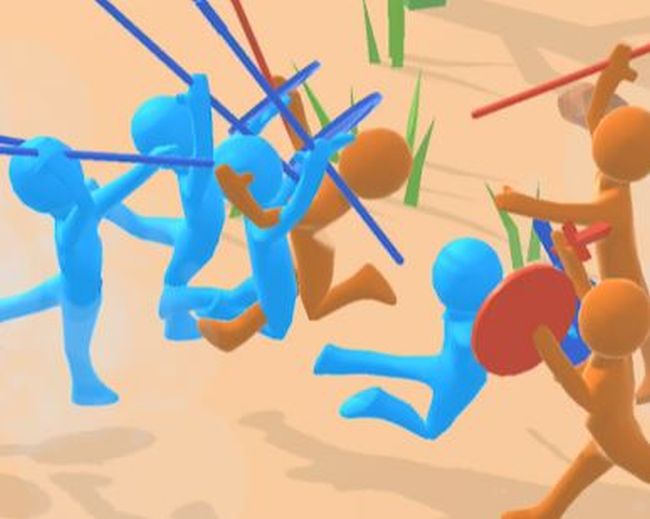 In today’s article we are going to share with you all of the Big Battle 3D tips and cheats that we have discovered so far and tell you everything that you need to know about the game.

The game is pretty simple, yet it is going to require quite some planning in the long run if you want to pass a lot of the levels. But don’t worry, because that’s why you came here. Since I am going to tell you all that you need to know about the game, there is one thing worth mentioning before we dive in: ads. There will be quite a lot of features unlocked by watching ads, so keep that in mind!

Now that we got that out of the way, it’s time to do learn what you came here to learn – all of the Big Battle 3D tips and tricks that we have on how you can pass more levels in the game!

Collect double the rewards after each battle

The battles will reward you with keys and coins, and every single time after you finished one battle you will be able to claim double the rewards from that fight in exchange for watching an advertisement.

This feature is super useful, so if you want to get a big head start and claim all the keys that you see as well as gather a ton of coins, then you should watch an advertisement for it. I suggest that if you want to not watch ads after each game, you should do it only when you start getting a lot of coins per level.

That way you will not spend more time watching ads than actually playing, but only watching ads when the rewards are super worth it when doubled.

Sometimes there is triple rewards

As I said, sometimes the game will offer you triple the rewards after the battle. That is something that you should definitely go for because it doesn’t appear all the time, and when it does, then you should take advantage of it immediately.

Open all the chests

Remember those keys that you get from winning battles? Well, you can use them to open various chests. Those chests will contain coins and sometimes various team formations and other such useful stuff.

If you want to open them, all that you need to do is claim 3 keys (you can see them at the top of the screen) and after that, the game will give you the pop up with 9 chests that you can choose from.

Add the units for free to your army

There are a couple of Rare Units which you can add to your team permanently by watching ads. Let me tell you about them.

After a while you will notice an option popping up asking you if you want to add a Cavalry permanently to your team by watching an ad. This option is super useful, so if you see it, make sure that you accept it because the Cavalry will go into battle on a horse which will help take down the enemies faster.

Once it reached the battlefield, it will unmount and start fighting on foot. The whole horse thing will last basically only at the beginning until the unit will charge into battle. Nonetheless, it is a useful soldier.

Just like the Cavalry, the Archer will be another unique class unit which can be claimed by watching an ad. However, the Archer will not charge into battle but instead sit on the back line hitting arrows constantly.

I suggest that you try to add them whenever you can because these rare units are going to give you the edge in all of the battles.

Make all the upgrades you can

There are three main features which you can upgrade in the game, so let me go through all of them for you so that you can know what they each give and when to upgrade them:

The army size will increase the number of units that you have deployed on the battlefield. Upgrade this to try and outnumber the enemies because there is always power in numbers! This should be one of the number one features which you upgrade in the game.

By increasing the number of units on the battlefield you are also increasing the possible ways that you can form the units, so the units formation is also going to play a big and important part here.

The army will also be able to equip various weapons, so one of the other things that you should do is try to upgrade them because the more you level them up, the better and stronger weapons they will have.

In the later stages of the game, the power in numbers will start to fall off a little, and that’s because the weapons will play a huge part in it. So try to keep both the army size and weapons somewhat equally upgraded.

Now the game will not only have the active game battle function, but also rock quite a useful offline earnings system which will help you gather coins while you are not actually playing the game.

I suggest that you upgrade this only if you plan on playing the game more passively than actively. The offline earnings will give you gold while you have the game closed, so it is a good feature for the more AFK players.

Claim triple rewards after being offline for a long time

Every time that you will log back into the game you will have the option to double or triple your offline earnings. I suggest that if you have only been offline for a little while, then it is not worth watching an ad to double or triple the rewards, just claim them as they come.

However, if you were offline for quite a long time, then you should watch an ad to triple or double these rewards. That will definitely come in handy and help you get some more upgrades when logging back in.

There will be various army formations that you can go for, so if you want to make a big difference when fighting the enemies, then you can choose different team formations.

The team formations can be pretty much anything, from a box team formation, to a lineup formation and much more. I suggest that you try them all out when you get them because they will matter quite a lot when fighting.

So keep in mind: if you failed a battle once, you can go back and make upgrades and change the team formation, then try again. This will definitely make a difference, because if you go in with a box formation for example you will take over the enemy from all angles. So try out different lineups and keep gathering the Rare Units.

These would be all of our Big Battle 3D tips and tricks that we have for you right now! If you know some more useful game tips and battle strategies, feel free to share them with us down in the comments section below!