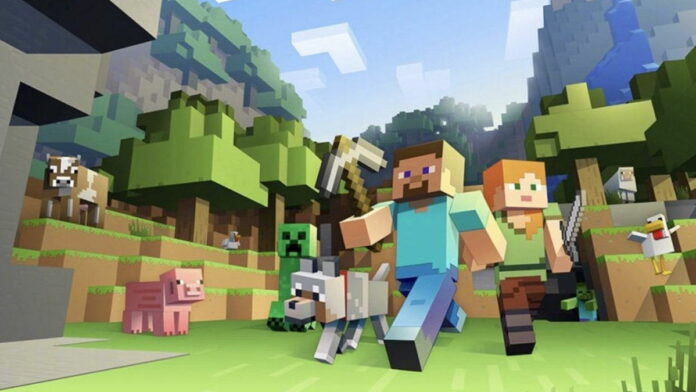 Minecraft Pocket Edition – and all versions of Minecraft that use the Bedrock version – are able to connect to the Minecraft marketplace and download new textures packs. Texture packs can completely change how Minecraft looks by adding new textures in and editing existing ones.

Imagiverse’s Modern Textures HD brings Minecraft into the sleek world of HD graphics. This texture pack does not drastically change the original look of Minecraft, rather it just makes everything looks highly detailed and cleaner.

If you like the look of Minecraft but don’t really like the fuzzy pixel aesthetic too much, Modern Textures HD is the pack for you! The pack makes all textures’ colors more “flat” while looking clean and sleek and retaining the original Minecraft feel.

This pack even has some funny little quirks – for example Ghasts are now wearing snazzy suits that make them ready for a night out in the Nether!

If you like things a little more on the saccharine side, Giggle Block Studios’ Kawaii Anime pack is the pack for you. Featuring colorful and vibrant reskins of all of your favorite blocks and mobs, everything is just a little cuter with this pack!

The Kawaii Anime pack gives textures bright and pastel colors, giving the overall look of Minecraft a much softer feel, perfect for those who love cute things.

And of course, the mobs are all sporting big beady eyes, making all of the animals even more endearing than they were before. Even the Ender Dragon gets in on the fun!

This creates a clean and sleek look similar to that of Modern Textures, but this one is closer to the Minecraft official artwork aesthetic.

Syclone Studios’ Quadral pack is an excellent texture pack that adds a lot more detail to Minecraft’s base textures. While keeping true to the simple look, the Quadral pack smoothes out the edgy pixel look and provides a more detailed look.

If you’re looking for a pack that makes Minecraft look more detailed but don’t want too much change, then the Quadral pack is for you. With its detailed improvements and own signature look while staying close to the Minecraft look, it’s a great pick.

Pixel Squared’s Simply Cubed is for those who love the really simplified looks. This texture pack makes everything in Minecraft even more square – yeah, we didn’t know that was possible either!

Similar to Soft Bits and Modern Textures, Simply Cubed opts for the clean and flat one-color look for most textures, opting for an even more simplified look compared to those two.

All mobs and player skins are sporting really tiny beady eyes, giving the texture pack a soft and playful feel to it. This pack is perfect for those who love cute and simple aesthetics!

Here’s a texture pack that is for those who want to make Minecraft look different as possible! BDcraft’s PureBDcraft texture pack overhauls a lot of Minecraft’s default looks into a more stylish comic book style.

Gone are the old fuzzy pixel look of textures and mobs – everything now has a defined and stylish look to them. Mobs are defined and expressive, and everything has a new cartoony look to them. This pack is perfect for those who want an all-new look for their Minecraft experience!

This pack comes with 12 holographic player skins that allow the player to create their own Minetrix. All mobs have a new grid-like laser look to them, allowing for some pretty gnarly looking environments. The future is now with the Super Circuit texture pack!

And that concludes on list on some of the best textures packs for Minecraft Pocket Edition. Have any favorite packs not on the list? Drop a comment below! 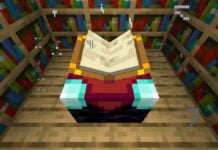 Minecraft: How to get the best enchantments 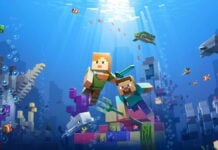 Minecraft: How to get Mending Books