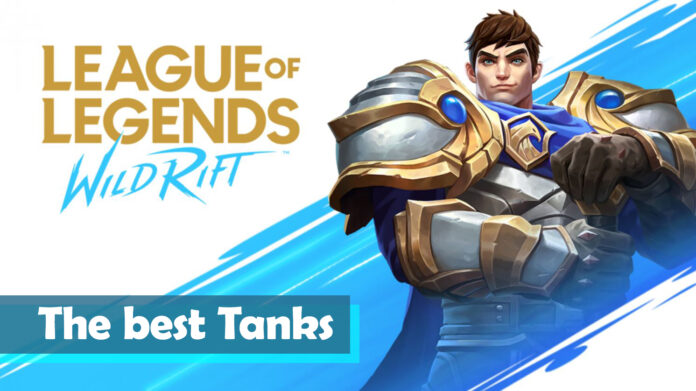 If you want to play a champion that can take a few punches, then a tank is definitely something you should be looking at. Today we’ll cover the best tanks in League of Legends: Wild Rift, and give you a couple of pointers on which tank you should pick, no matter if you’re a complete beginner or not.

Most tanks are quite beginner-friendly, but if you want to have a greater impact on the game, then you want to stick to some that are super easy to play, scale well, and have the ability to almost solo-carry games (once you master them, of course). The picks below would make ideal picks for complete beginners – so, here are the best tanks in Wild Rift:

The Best beginner-friendly Tanks in League of Legends: Wild Rift

There are a couple of tank champions that are extremely fun to play, very strong (by default pretty much, and if you give them some strong items even more so) and you don’t have to know too much about the game before playing them. Their kit is straightforward, and that makes them ideal tanks for complete beginners. These are the best beginner-friendly tanks in League of Legends: Wild Rift:

The next tanks are slightly more difficult to play because they require you to land key skill shots, which will greatly benefit the team (like combos or ultimate). These are great tanks, but I’d put them into a more mid-difficulty tier:

* Singed is not exactly hard to play, but pulling off his Skill 2 + Skill 3 combo can be quite difficult sometimes. It requires good coordination and to learn exactly where to throw the enemy so they get rooted.

As I mentioned, there are no tanks that are super difficult to play at the moment. Once they will release more difficult champions, like Thresh, we’ll make sure to update you.

The Best Tanks in League of Legends: Wild Rift

Among all of these tanks, there are a few that shine above the rest. Sadly, as much as I like Singed, he’s not one of the strongest champions in Wild Rift at the moment, so he won’t be among them (just a heads up).

Currently, these are the absolute best tanks in League of Legends: Wild Rift:

Do you want to learn more about the game? Then check out all of our League of Legends: Wild Rift articles, where we share all of our tips and tricks, and similar lists. And if you want to know anything in particular about the game, drop a comment down below and we’ll get back to you!