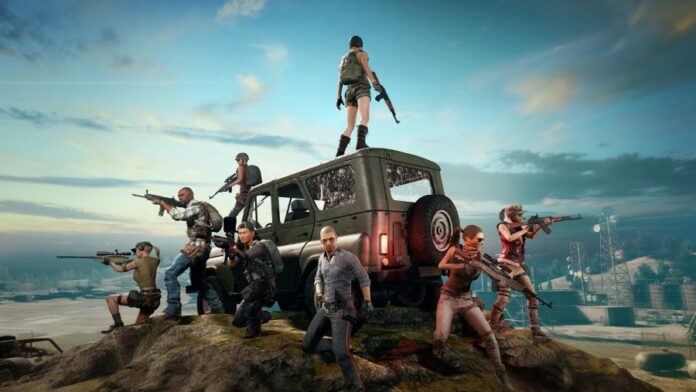 PUBG Mobile features very good touch-screen controls, but they can never compare to mouse and keyboard controls or controllers like the PlayStation 4 DualShock 4 and the Xbox controllers. As such, going from the PC and console PUBG to the mobile version can feel a little rough.

PUBG Mobile cannot be played with a traditional controller even when using an Android emulator on PC. Or rather, it is possible, but you will be matched only with other players who play the game in the same way, making it more difficult to enjoy the proper PUBG Mobile experience.

Those looking for more accurate controls only have one choice: triggers.

Triggers are special controllers designed for mobile devices that can simulate the finger’s touch on the screen, making controls way more accurate. Triggers are also perfect if you find playing mobile games like PUBG Mobile with touch-screen controls uncomfortable due to the grip that needs to be used to access all actions during gameplay. The best triggers on the market have amazing build quality and other features that let you enjoy gaming on your device without having to worry about scratching the screen.

Among all the triggers currently available on the market for PUBG Mobile, these are the very best you can find.

The R11 triggers produced by Euro Games are among the best triggers you can get for PUBG Mobile. They are made of plastic, so the build quality is not premium level, but they are solid enough and they come in different colors so you can easily match the color of your smartphone. The triggers are also very practical and easy to install and remove without damaging the device. The only real downside is that they are not compatible with all smartphones on the market, and the manufacturer hasn’t provided a list of compatible devices as of now. Generally, devices with a capacitive touch screen are not compatible with these triggers.

The MAGBOT PUBG Mobile Controller is a very solid choice for any PUBG Mobile player. These triggers, produced by MAGBOT, have a sort of premium feel to them, with their metallic color and the rubber pad right beneath the triggers that should prevent scratches and other sorts of damage to the screen. Like the R11. They also come with no warranty.

SpinBot is a manufacturer that’s quite well known in the mobile gaming world, as the company produces controllers for other popular games, like the no longer available on mobile smashing success Fortnite. The build quality of these triggers is amazing, they feel very comfortable and extremely sensitive, so much that they almost feel like real controller triggers. The real downside to these triggers is that they are very expensive compared to other triggers, so they are definitely not suited for those players who enjoy PUBG Mobile casually. If you’re trying to make it big in the world of eSports, and have some extra money to spend, they are definitely a very good choice.

The Baseus Game Trigger controller is definitely among the most different PUBG Mobile controller ever released so far. The triggers have an ergonomic design that make them very comfortable to use as your fingers will not slip, making the device even more stable in your hands while playing. Sadly, the build quality isn’t the best, as the triggers are made with some unremarkable plastic, and they sometime feel too hard to press, which may lead to issues on thicker devices.