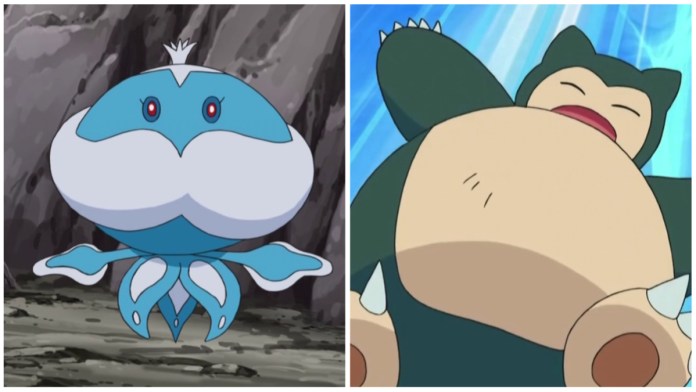 A new season of the Ultra League in Pokemon Go has begun, and we have some recommendations on the best picks to bring to a match. We’ve chosen a mix of legendary and non-legendary Pokemon to make the cut. Participating in Go’s leagues can earn you prizes and rank your way up to being a top-tier champion. These are the best Pokemon for Ultra League September 2022: Pokemon Go.

It’s hard to imagine Jellicent as having the potential for being a champion due to its reputation of not being so great in the PvE side of the game. However, its typing makes it fantastic for the Ultra League because it is so niched. As a Water/Ghost-type, there are very Pokemon that exist that can counter it. Between being fairly easy to get and a strong Ultra League warrior, you can’t go wrong raising a Jellicent.

Snorlax is an ideal choice because as a Normal-type, it can counter Ghost-type attacks. Snorlax can also use a variety of different moves and is easy to get, usually able to be found on its own in the wild rather than its pre-evolved form Munchlax. Some of its ideal moves for PvP include Lick, Body Slam, Earthquake, and Outrage.

Sylveon works very well for the Ultra League because it has so many resistances. These include Dark, Bug, Fighting, and Dragon types. To get one, all you need to do is catch an Eevee, change the name to Kira, and have enough candies to evolve it. The best moves for it are Charm, Moonblast, and Psyshock.

If you can get it or have it, Giratina Altered Forme is probably the best contender to use for PvP matches. By using them correctly, you’re guaranteed success in the Ultra League. Ideal moves for it are Shadow Sneak, Dragon Claw, and Dragon Breath. Giratina is powerful and as a Dragon/Ghost-type, comes with a niche that makes it very strong against many enemies.

Skarmory is perfect to raise for the Ultra League because it has an incredibly high defense stat. As a Steel/Flying-type, it has a long list of resistances, including Bug, Dragon, Fairy, Grass, Normal, Steel, Ground, Poison, Psychic, and Flying. The best moves for it are Brave Bird, Sky Attack, and Air Slash. Skarmony is also very easy to raise since it has no evolutions, so if you catch one, you can focus on leveling it rather than getting to its final form. A Skarmory will carry you far in the Ultra League.

With any of these Pokemon in your possession, you’ll be an Ultra League champion in no time!