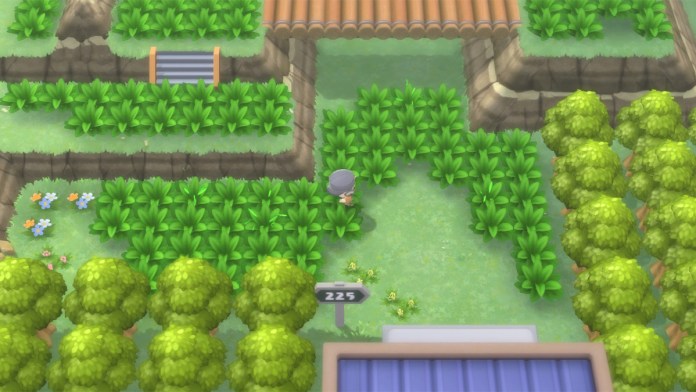 The Pokeradar has returned in Pokemon Brilliant Diamond and Shining Pearl. This classic feature lets players find Pokemon with exceptional stats and increased odds of having shiny coloration. The Pokeradar is actually the only means of capturing certain Pokemon, as every route has a unique Pokemon from outside the Sinnoh region that appears only when using the device.

With that in mind, let’s look at some of the best Pokemon to hunt this way!

On top of having an eye-catching bright blue shiny form, Ditto is noteworthy because it can breed with any Pokemon. This means that getting a Ditto with good IVs can be incredibly useful in passing those boosted stats down to the offspring of anything that you breed with it.

Route 218 also has a conveniently large patch of grass on the west side of the zone that makes chaining much easier.

Not unlike Route 218, Route 207 has a huge patch of grass that helps ease use of the Pokeradar a lot. This is good, because its special spawn, Larvitar, is a terrific Pokemon both competitively and for regular gameplay. Tyranitar, Larvitar’s fully evolved form, has tremendous stats and is a great candidate for the increased IVs that you can get from chaining with the Pokeradar.

Plus, having a shiny Tyranitar is pretty brag-worthy, especially since it’s exclusive to Brilliant Diamond without trading.

Bagon is the signature Pokeradar Pokemon of route 210 and similarly to Larvitar, it evolves into an absolute monster. Salamence, a dragon/flying Pokemon, is its final form and its stats and ability make it a force to be reckoned with.

This makes Bagon a pretty good Pokeradar candidate, since it has a shiny form that won’t just sit in your storage and it certainly appreciates boosted IVs. If you end up breeding your Pokeradar catches to get absolutely perfect IVs, its exclusivity to Shining Pearl also gives it quite a bit of trade value.

While the Grand Underground made Togepi a bit easier to obtain, the fact remains that it’s a pretty tough Pokemon to get. As a baby Pokemon, it also can’t breed, so you have to evolve it at least into Togetic if you want to try and get a perfect Togekiss. This means that having a head start in terms of good IVs will save you a lot of time. Togekiss is certainly a powerhouse, possessing terrific stats and fairy typing that isn’t terribly common in the Gen IV remakes.

Unfortunately, Togekiss’s shiny form is a bit on the lackluster side, but its rarity still makes it a very impressive catch.

So Which Routes are Best for the Pokeradar?

Ultimately, this is another one of those things that comes down to personal preference. There isn’t a single best competitive Pokemon, just like how there isn’t a Pokemon design that everyone believes trumps the others. That said, Ditto on Route 218, Larvitar on Route 207, Bagon on Route 210 and Togepi on Route 230 are all great candidates if you don’t have a personal favorite that you want to hunt with the Pokeradar right off the bat.

That’s it for the best routes to use the Pokeradar on! Let us know your own favorites in the comments!