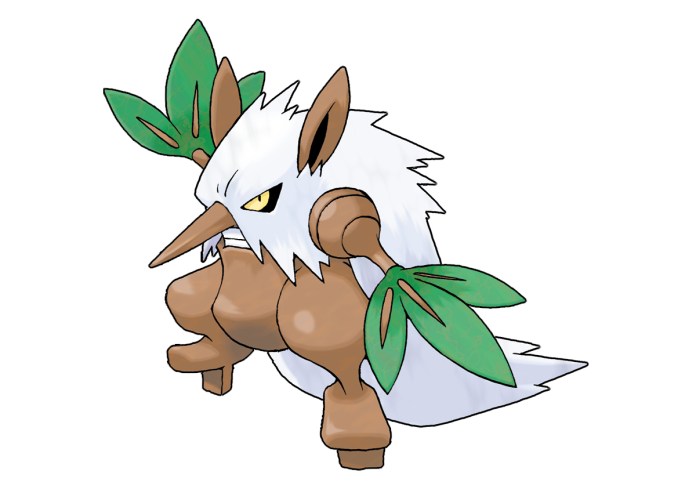 Shiftry has long been a popular Pokemon, perhaps owing to its tengu-inspired appearance and uncommon grass/dark typing. In Pokemon Go, it even received a community day, featuring Bullet Seed as a special move. Players looking to actually use Shiftry in their Pokemon Go battle teams may be left wondering what its best movesets are and which Pokemon counter Shiftry, so let’s take a look!

In open Great League, Shiftry’s best moveset is arguably Snarl/Leaf Blade/Foul Play. This might surprise some players, as it omits Bullet Seed, which was Shiftry’s community day move. In practice, Snarl and Bullet Seed are very similar, with both moves placing an emphasis on energy generation over damage. That said, both get STAB and Snarl is generally resisted by less Pokemon. Bullet Seed isn’t a bad alternative, though.

This setup allows Shiftry to spam hard-hitting charge moves, which is beneficial since it doesn’t have terrific bulk. An unresisted Leaf Blade will deal a lot of damage to most Pokemon, though, and Foul Play can deal with most enemies that resist Leaf Blade.

In open Ultra League, Shiftry is also best off utilizing Snarl/Leaf Blade/Foul Play. This is true for many of the same reasons as in Great League; Shiftry is still frail despite the higher level allowed in Ultra League and these moves offer terrific damage and very formidable coverage.

It isn’t recommended that you use Shiftry in Master League, as it simply doesn’t have the stats to compete there. This is also the case in PVE content like raids or Rocket battles, as excellent dark and grass Pokemon like Darkrai, Shadow Weavile, Zarude, and shadow Venusaur wildly outclass it.

That said, if you really wanted to run Shiftry in PVE, you would want to use Razor Leaf/Leaf Blade for grass coverage and Snarl/Foul Play for dark coverage.

What are Shiftry’s Strongest Counters?

One good example is Togekiss, which can deal tremendous damage with Charm while resisting both dark and grass attacks. Other good counters are Talonflame and Escavalier, which at least strongly resist Leaf Blade while attacking back with super effective hits of their own.

You generally won’t see Shiftry as a gym defender, but if you do, Machamp, Lucario, and Conkeldurr all deal with it fairly easily while also countering more powerful gym defenders like Blissey and Snorlax. Just make sure you’re using fighting moves on them to leverage Shiftry’s weakness.

So How Do I Use Shiftry?

Shiftry is best suited to Great and Ultra League PVP and often has a nontrivial presence in any constituent format that it is allowed in. For PVP, you’re almost always best off using Snarl/Leaf Blade/Foul Play, as this allows it to spam power charge moves with formidable type coverage. Using Shiftry in PVE is inadvisable, but you would probably want to stick to a moveset of Razor Leaf/Leaf Blade or Snarl/Foul Play.

As with any Pokemon, there’s a lot of nuance in learning what Shiftry can and can’t excel against, but this should give you a great starting point if you’re looking to use it in your battles!

Best Movesets and Counters for Shiftry in Pokémon Go