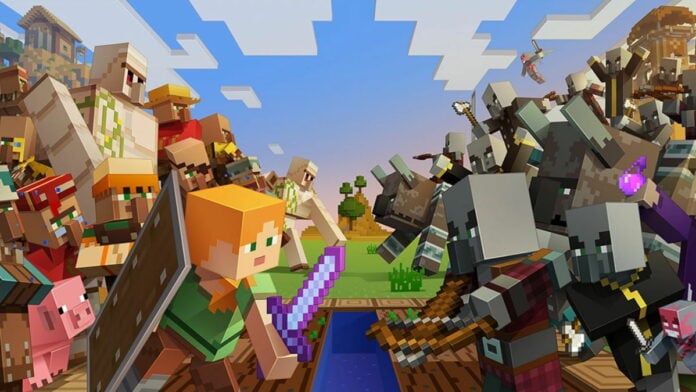 One of the most popular game modes in Minecraft Pocket Edition is the “factions” game mode, where players split into factions and fight against each other to becoming the dominating faction. This game mode is very exciting as large scale wars will break out, and it’s the perfect game mode for players looking for more combat.

We’ve compiled a list of what we think are the best servers for the factions game mode in Minecraft Pocket Edition. These servers were picked due to their stability, updates, and overall population. Let’s get started with the list!

Perhaps one of the biggest Minecraft Pocket Edition servers ever, NetherGames is an Australian-based Minecraft server that hosts all sorts of game modes, with factions being one of them.

At any given time you can easily find over 1,000 players logged on enjoying the server’s many game modes. NetherGames is constantly updating their server with all of the latest fixes and game modes, so the fun is non-stop.

NetherGames also promotes their big community members, so if you’re an aspiring YouTuber you can have your games highlighted on their channel.

Fallentech is another popular Minecraft Pocket Edition server. They host a variety of popular game modes, but they are most known for their skyblock, prison, and of course factions game modes.

The server is owned and operated entirely by a single person, and it also has a big community complete with forums and a discord. The server also supports ranking and shops if you like to show your support.

ECPE Network is a Minecraft Pocket / Bedrock edition server that hosts tons of different game modes including Factions, SkyBlock, King of the Hill, and more!

Their factions mode is up-to-date and is receives frequent updates and fixes, making it their premiere mode. They also have seasons to keep players competitive and in the game, and there are even real-life rewards to boot for the top factions.

ECPE also has weekend events that can change up the game modes drastically, and there are plenty of custom challenges and bosses to enjoy.

CosmicPE is a Canadian based Minecraft Pocket Edition server that has been around for quite some time – five years to be exact. The website is not very informative, but they’re a reliable server that gets constant updates, and they have all of the popular game modes.

While the server doesn’t really reach the same population as the above servers, they’re still a reliable source for a decent amount of players. They’re well known for having a tight combat system on the faction servers, as they have different combat handling mechanics and custom enchantments.

InfinityPE is an American based multiserver for Minecraft Pocket Edition. While they host numerous game modes including minigames, parkour, cops and robbers, they also have a server dedicated solely to their factions mode.

In the InfinityPE factions server, players will drop into the warzone and face off against other players. You can build a base in your faction’s part of the land, and you must raid against the other factions to win!

That concludes our list on the best Minecraft Pocket Edition factions server. Choose any of these servers if you’re looking for a good factions match. Have any other servers that you think belong on this list? Let us know in the comments below.