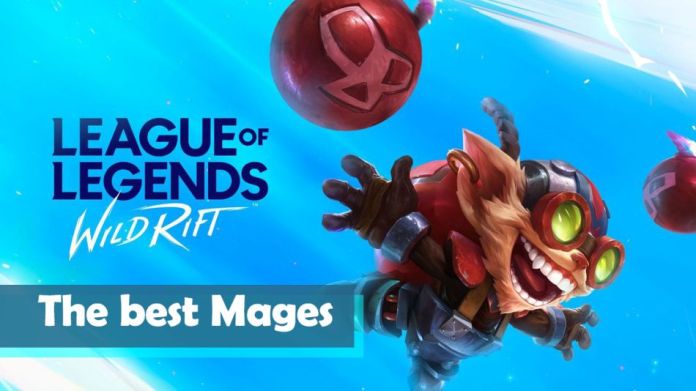 If you love playing safe, farming and getting crazy strong for the late game (or even the early game in some situations), then mages are definitely the type of champions you want to play. Today we’ll dive into the best mage champions for League of Legends: Wild Rift, and help you pick the best mages to play, no matter if you’re a complete beginner or not.

The mages I’ve listed below are ideal if you want something easy to play, that can have carry potential and doesn’t require a lot of knowledge about the game. They are the best beginner-friendly champions, and you can have a lot of fun playing them too!

Most of these mages can be played both in the mid lane, or as a support, because they usually provide utility for the team, or some crowd control. So, if you want an easy-to-play champion that can be a carry but can also help out your team, make sure you pick one of these:

– Annie
– Lux
– Seraphine
– Sona* (I’m going to leave her in the mage section too, because she can be quite powerful played as a carry, with the items currently available in Wild Rift)

The following champions are not that easy to play, but they’re still amazing mages. They might require you to pull off some specific combos to make help you burst down the enemy, as well as some practice before you take them into ranked games. These are the best mid-difficulty mages in Wild Rift:

Last, but not least, is the most difficult champion you could play in League of Legends: Wild Rift. This mage is not easy to play and position in League of Legends on PC, not to mention on mobile. Of course, I’m talking about the following high-difficulty mage:

He can be extremely powerful, but you need to be very careful with his mana pool, as well as positioning. Of course, you should also practice roaming with him (use his Skill 3 and Skill 1 combo), because he can make some truly amazing plays.

The reason I don’t recommend playing Aurelion Sol as a complete beginner, is because you’ll need quite a bit of practice to learn how to properly farm with him, when to activate his Skill 2, and how to farm with just his passive (Center of the Universe).

The Best Mages in League of Legends: Wild Rift

Thus being said, the following mages are some of the strongest in the game at the moment, no matter if you play them as support or in the mid lane:

Make sure to check out all of our League of Legends: Wild Rift articles, if you want to learn more about the game and learn all the tips and tricks that we’ve shared about Wild Rift.