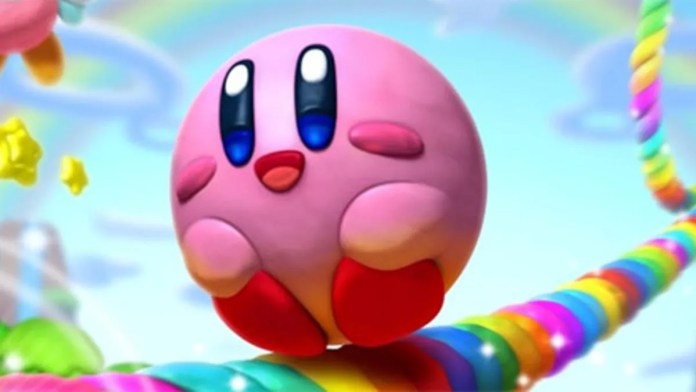 Continuing decades of tradition of Kirby, Kirby and the Forgotten Land was released on March 25, 2022. To celebrate this event, we have decided to go back and review the 10 best Kirby games to date and provide a list of all of them.

This list is an opinion piece based on reviews, statistics, and personal preference. Without further ado, here is number 10.

Kirby: Nightmare in Dream Land is a faithful remake of the original game. As far as remakes go, we would consider it to be a worthy remake of the pink puffball’s first home console adventure.

While the game has not aged as well with its outdated and lackluster features, and is a tad basic compared to what more modern Kirby titles offer, it is still very playable, with tons of creative moments where the game shines bright.

As with practically every other game featuring Kirby, including the fun gameplay of this title, its colorful visuals also make for a wonderfully charming experience and one which will be most appreciated by players looking for a light challenge.

Kirby’s Adventure is the second game in the Kirby series and it is a vibrant masterclass of NES platforming. Whether players have got the 3D slider set to max in the 3D Classics version on the 3DS, or they booted up their old NES to enjoy the game old-school-style with just the two dimensions, or even as part of the Nintendo Switch Online NES library offering, the game is still a major high point in the Kirby franchise.

While the 8-bit visuals may be off-putting to some players, most old-school players will get a blast of nostalgia playing this game all these years later. If players are unfamiliar with Kirby, this is a great entry point into the franchise.

Kirby’s Epic Yarn is a gorgeous, low-stress game that transports Kirby into a world of fabric and thread. This game is a definite departure from the staple of the Kirby series because of the game’s mechanics.

Kirby’s Epic Yarn was the first of Good-Feel’s material-based platformers and is a charming re-telling of the usual Kirby formula. The game may not be as challenging as the other games in the franchise, but that happens to be the point. The game is meant to be more relaxing and let people explore more of their creative side in Kirby’s Epic Yarn.

Kirby Super Star is another departure from the standard Kirby formula. This game was definitely developed with a plethora of ideas in mind by the creators and although it seems like an outward mess, it somehow blends in all together to provide players with this masterpiece.

Kirby Super Star is a satisfying blend of games, sub-games, and mini-games. There are nine of them in total and in this game, Kirby is a versatile hero that manages to hold all of these parts and ideas together, melding them into quite a finished product that might have not been able to hold its own otherwise.

In the end, however, Kirby Super Star is thoroughly entertaining and well worth a look.

Kirby: Triple Deluxe is a more relaxing game than the rest of its Kirby franchise peers. It is a pleasant platforming package that does not push the envelope very far.

Coming in with quite the compelling Story Mode, it is an elegant but also quite a conservative adventure that focuses more on the nostalgia of the franchise than trying and experimenting with new, groundbreaking ideas. One could say that the lack of new features in this game could be a part of Nintendo’s plans of over-relying on nostalgia, just as they do with other franchises like the Super Mario series. Basically, they were taking the safer route out.

However, despite these negatives, Kirby Triple Deluxe makes it to the 6th place spot for a reason. The game is fun to play and is sure to scratch that Kirby itch for most players. Despite its failure to push the franchise forward in a bold new direction, that does not take away anything from the fun aspects of the game, of which there are many.

Kirby’s Dream Collection is not really a new game in the Kirby franchise but a compilation of previous hits. It is the 20th-anniversary collection of some of the most popular Kirby games ever.

One major shortfall, however, which prevents this collection from being higher up on this list is the fact that it was never released for the PAL regions as this collection was exclusively sold for Japanese and North American players.

With all the colour and creativity players have been known to expect from previous Kirby games along with a ton of content to delve into, this game makes it all the way to our well-deserved number 4 spot.

Kirby: Planet Robobot takes another turn from the staple of the franchise. Building on the foundation of Kirby: Triple Deluxe, this is a game where Kirby transforms into Mech Kirby.

If this idea seems foreign to most players, that’s because it is. As strange and genre-departing as this sounds, the creators surrounded it with brilliantly designed worlds and rainbow visuals, making the world look gorgeous. Add that to all of the charming moments in the game to make Kirby: Planet Robobot the best Kirby game on the Nintendo 3DS.

Kirby Super Star Ultra is an updated version of the SNES original, which was also on this list, Kirby Super Star. Except that technology had improved by this time, adding to the high production values of this faithful remake.

The creators also added a host of new modes and minigames for old-school players, but the game is also simple enough and accessible to all ages. Even though this game may be easier than most of the other Kirby games on this list, the Kirby series was never really known for its Dark Souls-esque difficulty scaling in the first place and this game is definitely one to chill out and play with.

Well, was anyone surprised by this one? Kirby and the Forgotten Land is a great big colorful joyride for everybody’s favorite pink darling.

This game is the first fully three-dimensional mainline entry in the Kirby franchise. The game is chock full of fun and inventiveness, beautifully transposing everything we know and love about past Kirby games to this all-new arena, while also adding plenty of delightful new aspects never before seen in the older Kirby games.

The new Mouthful Mode maintains its entertainment value as richly as it was initially presented in the trailers. Each and every level in Kirby and the Forgotten Land is packed full of secrets presented in wonderful detail. For players looking for a bit more, there are a ton of side quests, collectibles, and even co-op features to keep players entertained and coming back for more for a long time to come. This game is truly a love letter to all of the longtime Kirby fans and the best installment of the series so far!

Best Kirby Games of All Time