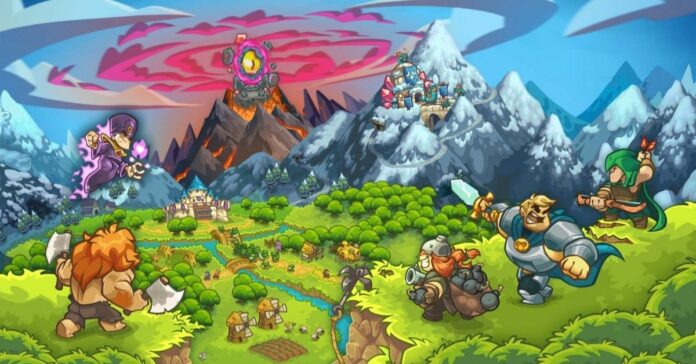 Legends of Kingdom Rush is a mobile tactic game where you will need to form a proper squad with a few heroes. At the beginning of your way you will be using the characters you have in your roster without taking to account their effectiveness. But when your collection gets bigger, you may start to ask questions about the strongest characters in the game as you may want to farm a proper team with them. This guide will tell you about the best heroes in Legends of Kingdom Rush.

Legends of Kingdom Rush has many different characters. But only a couple of them will be mentioned here as the best options that provide your squad with great skills and the abilities to fulfill their role. However, you are not locked on these heroes and can choose whoever you like, as the characters’ teamwork and ability to collaborate matters more than strength.

The first hero we are going to talk about is Gerald. This warrior is a very universal character, as he is tanky and able to deal good damage. Also, he can heal and give protection buffs to himself and his allies. So, this character fits great for any squad that needs an additional tank in the frontline. However, he is weak against mages that deal a lot of damage from a distance. So, make sure that your team is able to deal with them.

The second hero we are going to talk about is Arcane Wizard. It is a good damage dealer that is able to decimate any solo target with his deadly laser attack. The only problem he has is a lack of defense, so you should keep it in mind when you try to play with him. The third character is Ranger that is not as good as the second one in the matter of dealing damage. But he can summon a wooden spirit and poison his opponents.

All of the mentioned characters have great performances in any battle. But you should pick your team according to the region you want to fight as other characters may be stronger in some areas. 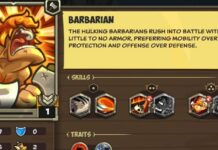 How to Unlock the Barbarian in Legends of Kingdom Rush