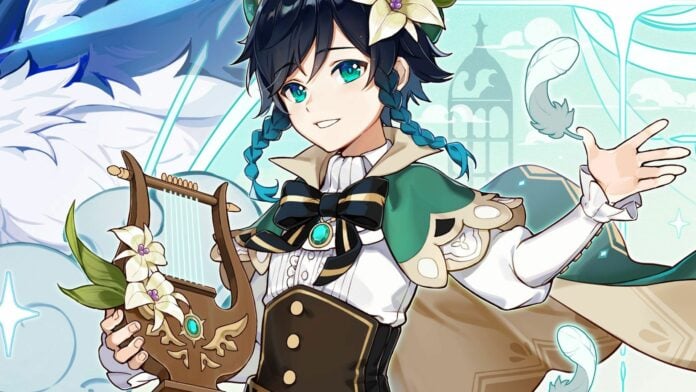 Venti is the first limited banner character in Genshin Impact. His first banner came out on September 28, 2020. Even though he is an old character, Venti is still pretty useful in many teams. If there are monsters that Venti’s elemental burst can suck, he performs flawlessly and becomes almost irreplaceable.

Venti is popularly used as a supporting character but can also output decent damage. This guide talks about the best Venti DPS build in Genshin Impact.

How to play Venti DPS in Genshin Impact

Being an Anemo character, Venti can do Swirl damage and trigger the 4-piece effect of Viridescent Venerer easily. Players can either make an Elemental Mastery build or a typical Crit build to deal lots of damage using Venti. Here are both builds explained in detail:

Venti’s Elemental Mastery Build will always outperform the Crit Build if there are more than one enemy and an element that can be swirled. Moreover, it is pretty easy to build as players only need to stack Elemental Mastery and some Energy Recharge on Venti.

As for Weapons, the 4-star Stringless is the best for Venti Elemental Mastery build. This weapon boosts elemental burst and skill damage while providing more Elemental Mastery from its secondary stat. Players can also use weapons with Energy Recharge to have consistent rotations.

To see big Anemo damage numbers from Venti, players will have to stack ATK%, Anemo DMG, and Crit stats on him. Running Venti Crit build is usually recommended for mono Anemo teams in Genshin Impact.

Players can use a 2-piece 18% ATK% set and 2-piece Viridescent Venerer to get max Anemo DMG. Players are recommended to use ATK% on Sands, Anemo DMG Bonus on Goblet, and Crit Rate or Crit DMG on Circlet. Try to maintain a 1:2 ratio between Crit Rate and Crit DMG.

As for weapons, players can use weapons with Crit stats such as Skyward Harp, Thundering Pulse, etc. These weapons will deal the highest damage. Stringless can also work for a Crit build as it boosts elemental burst and skill damage.

Players can choose between Elemental Mastery or Crit build for Venti, depending on enemies. Both builds work amazingly if used against the right enemies in Genshin Impact.

Related: Is Venti Still Any Good in Genshin Impact