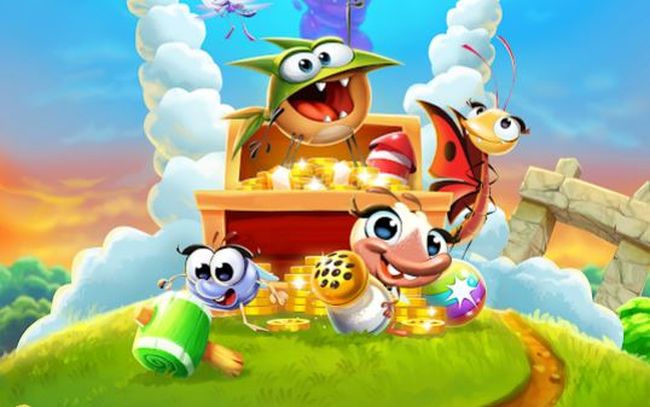 In today’s article we are going to cover all of the Best Fiends Stars tips and cheats that we have gathered so far to help you pass more stages in this game.

If you are familiar with the Best Fiends game, then you will probably like Best Fiends Stars just as much – if not more! This is a super catchy and fun game and I have to admit that I have been a fan of it for quite some time! But since you are here, let’s not waste another second and show you what you came here to see!

So without further ado, here is our Best Fiends Stars tips and tricks that we have gathered for you to help you pass more stages in the game!

Make as many matches as possible

When you are playing you will be able to match multiple blocks which have the same color (or item) on them and that will charge up your fiend’s power. There are various fiends in the game which will have different powers and request different color blocks, and as you progress you will unlock more of them!

I suggest that you always try to make the matches as long as possible because they will give you extra points – so instead of matching just 3 blocks, which is the minimum, try to think about the best possible way that you can match a lot more.

I suggest that you check out the board first and pay attention to how they are situated (and where) and when you can make longer matches, find the best possible route to do so.

You can’t go over the same block twice

You really need to keep this in mind, because it is something that will possibly ruin your levels if you think that you can do it. Basically once you have run over a block you can’t go over it again, so you will either need to release or to go for it.

I suggest that you try to plan a route ahead of time which you will want to take, because otherwise you might fail a stage – this is especially useful at the later stages, which are way more difficult than the early ones. So don’t go over the same block twice because you can’t!

By connecting the game to your Facebook account you will be able to collect 100 Coins for free! So if you have an account and you want to benefit from this free reward, I suggest that you do it because it will also help you save your game progress and if you want to play it from another device, then you won’t have to start over from level 1 and you can continue where you left off – so it’s a super good feature!

Try to finish all stages with 3 stars

One of the best things you could do is try to finish all of the stages with 3 stars, because that will let you collect the stars needed to unlock more fiends and get more bonuses. Basically you will notice in the upper left corner of the screen a chest which will require 20 stars to open.

This chest will contain fiends as well as boosts and coins and other such useful rewards. There is a total of 20 stars needed to open this, which means that if you complete stages with 3 stars one after another, you will be able to unlock this chest every 7-8 stages.

I suggest that you play the levels as much as you can and always try to finish them with 3 stars, and if you happened to not finish one stage with 3 stars, then you go back to playing it again because eventually you’ll get it.

My tip here: I always prefer to go about the stages one after the other, so that I won’t have to come back and re-play them – but if a stage is just so difficult that I can’t pass it, then I would just play it and finish it as best as I can, then once I have unlocked a new fiend, I give the stage another try.

The tiles and randomly generated, so it really depends on your luck as well as how good you make the matches. That’s why I think that if you keep playing a difficult stage again and again, eventually you will pass it (even without boosts) because the RNG gods can’t be that much against you!

Move the special tiles to where you need them

Whenever you create a special tile and you will be ready to activate it, all that you need to do is match it with 2 other tiles at least. But one thing that you might notice (or not, until it is too late) is that as you tap, hold and drag over that tile it will get moved to the last block which you are selecting.

Try to make the special tiles that you need

I would suggest that you always try to create the special tiles that you need the most, and depending on what they are, you should try to match the colors needed for them. So for example if you want a bomb early on, match purple mushrooms.

However, don’t match only those if the level requirements asks you for a certain tile color to be collected. Try to always work towards completing the stage requirements (so if it asks for blue, don’t go for yellow) and in the process try to make special tiles which will help you achieve this level requirements.

Level up the Fiends

All of the fiends which you will unlock can be upgraded, but that will require more shards of that certain fiend. Basically all of the little critters that you start off with will start at one star. As you upgrade them, they will increase in power and the special boost that they give will get more powerful.

The same goes for all of the other fiends – so whenever you collect enough of their shards, go ahead and upgrade them because that will make things a lot easier for you to pass the stages!

Get a head start with bombs

If you have played a stage and it proved to be quite difficult, then you might be able to pass it more easily by starting off with bombs! Right before you play a stage you will notice that there will be an option which shows below the level goals and lets you choose a type of bomb to start with:

– 1 row bomb: this will release a bomb which explodes in one row

– 1 column bomb: this will release a bomb which explodes in one column

– 1 explosion bomb: this will crease an explosion in a small radius around where it’s detonated.

I suggest that you only use these if you need them, and if the level proves to be quite difficult – otherwise it’s better to save them for later on in the game (stages 200+) where it can get a little difficult.

A few other Best Fiends Stars tips and tricks:

– If you have a TNT barrel and the blocks of the color that you matched can be found before and after the barrel (around it) you can match through the TNT barrel and all the way to the same color tiles you started with.

– If you started making a match and you don’t know how to go about next, you can hold and go back over the last tile that you went on to un-select it (basically undo your move).

– You can join a Guild! This option will be available after you passed level 20 and it will let you select a profile name and also join a guild by heading on to the Social button. There you will be able to ask for gifts from your guild mates which can be done once a day! It’s super useful so pass level 20 ASAP and don’t forget to ask for gifts and help others with their as well!

These would be all of our Best Fiends Stars tips and tricks that we have for you right now! Do you know some more useful game tips and tricks? Feel free to share them with us and the rest of the players down in the comments section below!