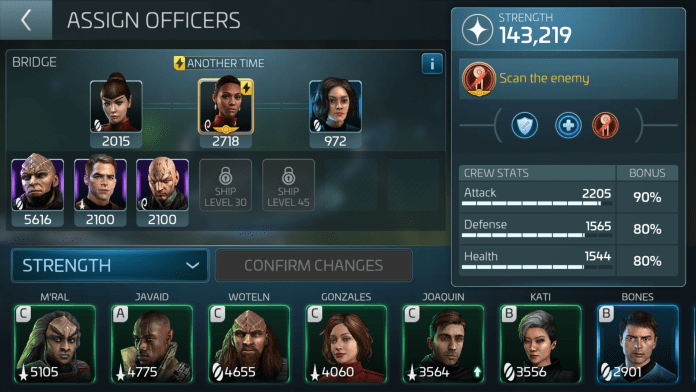 Star Trek: Fleet Command is a fun space strategy game for mobile devices. There you have to build your ship and make the best crew to win in space battles. And in this guide, we will tell you how to assemble the best crew.

To assemble powerful crews, you need to know the basics. Officers are the backbone of your crew. They all have different abilities that suit different purposes, such as research or attack. During the game, you will be able to collect fragments of various officers. We recommend completing alliance quests for this.

Then you will promote your officers by spending experience points on them and increasing their ranks. Thanks to this, the stats of your officers will increase.

Now you can start forming the best crew. The best part about Star Trek: Fleet Command is that you can create completely different and unique crews.

Here is a crew example suitable for both combat and defense.

Choose Javaid as Captain, with Arix and Livis as his officers. You will have a lot of firepower because in Star Trek: Fleet Command, the combination of Nero and Kingons creates the best crews.

A crew with a captain in the form of Sulu and two officers Vixis and Scotty is suitable for the development.

Experiment and then you can create your own unique crew.