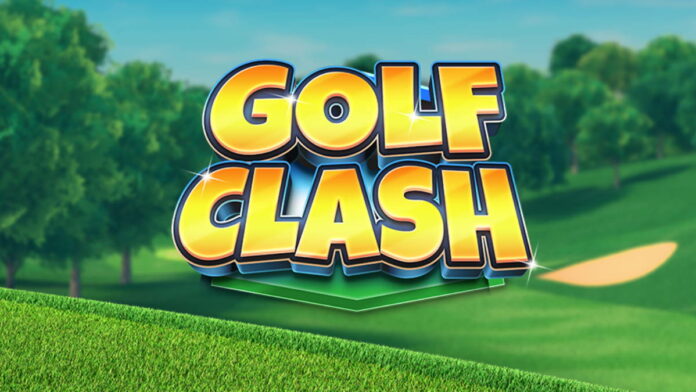 Knowing which club to use in Golf Clash is part of the challenge. Even more, you’ll have to decide which club you want to invest upgrades into with your hard-earned coins. That can be a difficult matter, so we’re here with some insight on what we think the better clubs are.

The best clubs in the game are – of course – the clubs that are unlocked at the final tours, but that doesn’t mean they are always the end all be all. There are many clubs that, when upgraded, can be on or near the same level as the endgame clubs. Here are some of the best clubs in Golf Clash!

One driver you’ll get early on is the The Extra Mile, obtained from tour 2. With better balanced stats than The Rocket and lots of upgrade potential, this is the driver that will get you through the early game stages.

Once you fully upgrade The Extra Mile, it should last you all the way until the later tours where you can start unlocking new drivers like Thor’s Hammer and The Apocalypse. They’re both ultimate drivers, so either one works – whichever one you manage to find first is the one you should pour all your upgrades into. Thor’s Hammer is only behind The Apocalypse in curl, which isn’t too detrimental.

The Viper is a great starting wood club, with decently balanced stats for a starting wood. The Horizon has better stats in some areas, but its upgrade potential leaves a lot to be desired.

Use the Viper until you’re able to score the Big Dawg or Hammerhead. These thing packs a ton of power and is pretty high in the other stats, and it should last you until the high end woods – just watch out for the accuracy.

Ideally you’ll want to aim for the Sniper. Packing a whopping 100 accuracy, the Sniper can nail perfect shots for you provided you have the timing and aim down. However, the Sniper’s other initial stats are pretty low and you’ll need to invest in it to make it as powerful as the other high end woods.

For long irons, you’ll want to stick with the Backbone for a while. It’s got slightly less power than the Grim Reaper, but it makes up for it with superior accuracy. It should be enough for you to make it through the early tours.

From there, there are several options. The Goliath is a great choice but just beware of its low accuracy, and the Saturn’s stats are for expert players who prefer more spin on their shots.

The B52 is what you should work towards. Once it has some upgrades it is powerful across the board. The Tsunami is also incredibly strong, but its ball guide stat is very lacking so it can be dangerous to play with.

To start out you’ll be able to get the Kingfisher at tour 2, which is our favorite starting short iron. It’s got less power than the Apache, but it makes up for it with higher accuracy, something you need in the fairway.

Once you get into the more difficult tours, we recommend going for either the Thorn or Hornet. The Hornet’s higher accuracy puts it up on the list for us, but both clubs are good once you sink some upgrades into them.

You’ll get the Dart pretty early on and while it’s a decent wedge, try to switch over to the Firefly. The Firefly is obtained as early as tour 2 and its packing awesome top spin and guide power, with accuracy being its main weakness.

For rough irons, you want something with a lot of power to get you out of bad spots, and the Junglist is the perfect iron for that. With decent base power and a lot of room for upgrades, the Junglist will help you throughout the early game tough spots.

From there you can either go with the Razor or Nirvana. Both have great power and accuracy, two important stats for escaping the rough while advancing towards the hole. The Amazon is a decent choice as well, but the accuracy can leave you with some troublesome aiming.

The Castaway is a good starting wedge with decent power but low accuracy. It’ll help you get out of the sand but you’ll be at the mercy of aiming. The Desert Storm’s initial stats are low making it a questionable investment.

If you can get your hands on it, the Malibu is a great sand wedge that is powerful enough to get you through the early game. After that, you’ll want to work towards either the Sand Lizard or Spitfire, as these are the wedges with the highest upgrade potential. Most players prefer the Spitfire, though.

We hope this little guide helps you with choosing a club. Did we miss your favorite club? Is one of the clubs overrated? Let us know in the comments below! 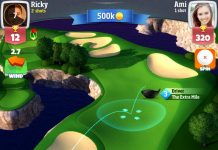