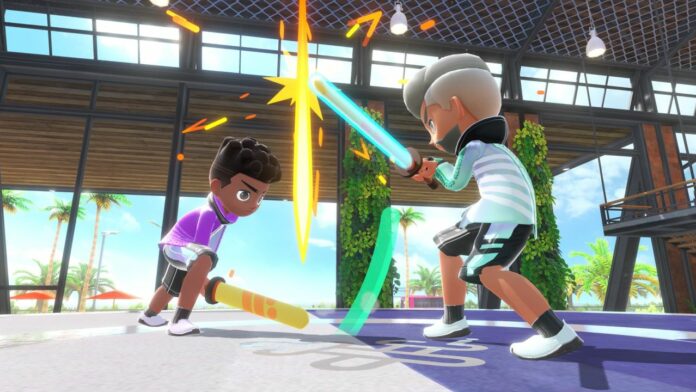 Chambara is one of the new sports making their debut in Nintendo Switch Sports, and an excellent addition that makes the entire experience more varied. Unlike the other sports, which are considerably more fast paced, chambara requires not only great skill, but also great patience, as those who strike first aren’t always the victors.

Chambara features three different swords all coming with unique features. Here’s the best swords to use to win.

The three swords available in chambara in Nintendo Switch Sports are the Sword, the Charge Sword, and the Twin Swords. All three of them are good enough to win matches, but one may be better than the others depending on your play style.

The Sword is a very basic weapon that is also quite strong, as it can deliver powerful blows. As this weapon doesn’t feature any unique skill, it is ultimately not that good once you get a better grasp of the sport’s mechanics.

The Charge Sword is definitely a better choice for advanced players than the regular Sword. This weapon is perfect for those who are not afraid of biding their time, as every guarded attack will build up Energy which can be used to deliver a powerful Charge Attack.

The Twin Swords, on the other hand, are the best choice for advanced players who like to be on the offensive, as it is possible to attack more often with these weapons. Additionally, Energy will be charged with each strike, so you can essentially overwhelm the opponent with a relentless offensive. The only downside to the Twin Swords is that you will need to wield them with two controllers, which requires way more coordination that with the other weapons. As such, only the best Nintendo Switch Sports players will be able to use the Twin Swords effectively.