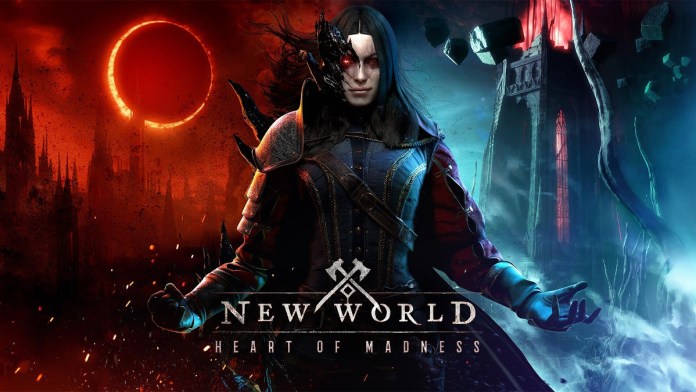 There are many different opinions when it comes to bleed-based builds in New World. While there are many players complaining that bleed builds feel very weak currently, there are still a lot of people who still enjoy this specific play style. If you want to try out something like that, on this page you can find everything that you need to know about bleed builds in New World, how it works, what gears you should use, and more.

So, let’s get right into it.

First things first, in New World, Bleed is a ‘debuff‘ and one of the four damage over time effects.

Damage over Time Effects also known as DoTs, are negative effects that deal a certain damage type over a duration to a target. The four DoT effects in New World are the following:

When we talk about bleed-based builds in New World, we have to go with the ‘Rapier’ as our weapon of choice. Rapier is a combat weapon with a focus on speed and can make a number of swift lunge attacks. Excels at accurate timing and outwitting enemies while inflicting bleeds that progressively reduce the target’s health. Damage from rapiers increases with dexterity (90%) and intelligence (65%).

That leaves us with a few choices for our other weapon. Bows or Spears are great choices since they both scale with dexterity, an attribute that we have to heavily invest in since we are going with a Rapier. Another choice would be a Fire Staff or a Musket in hybrid builds that stack burn and bleed damage over time, but for this specific build, we’ve decided to go with a Spear (primary) since it provides us with some crowd control abilities and a Rapier (secondary).

As we mentioned above, we are going to invest heavily into Dexterity for our build. What you should do first is level up your Dexterity to 200 and then put 50 points in Constitution. When you reach level 60, your stats should look something like this:

For this build, we are going to use a Medium Chest piece and everything else will be light category equipment. As for the gems, we are going with Opal gems on the weapons.

On pretty much every other piece of gear, we are going to use Onyx gems.

First off, start with Grace. Learn Evade and then Crescendo, Allegro, Adagio, Breath in. From Blood, you want obviously to learn pretty much the whole Tondo column.

Start by learning Impaler and go all the way down to Deep Wound. Next go for Vault Kick, Relentless Blows, and Continuous Motion.

With this build what you want to do is isolate a target and throw your rotation. Keep in mind that you always need to be mobile and don’t let your stamina be 100%. This is important as that way you can activate the Opal gems on your weapons as well as get 20% cooldown reduction from ‘Aggressive Maneuvers’.

Go in, lock your target, apply stacks of bleed and then back off. Repeat the process over and over until your enemy is eliminated. The build is pretty straightforward, but of course, you can develop your own once you’ve mastered the skills.