Suspects: Mystery Mansion created a buzz among casual gamers. The game is loosely based on the gameplay of Among Us. Suspects has more features, cute characters, and engaging gameplay.

Newbies who are not familiar with Among Us might need a headstart into the game. Unless players have some general idea about Suspects, they might be baffled when they enter the game.

Get Introduced to the Game

Wildlife Studios are the creators behind Suspects: Mystery Mansion. Before this, the developer has created hits like Zooba and Tennis Clash. The “social deduction” game was released in 2021 and went on to gather favorable ratings on the Play Store.

Unlike Among Us, Suspects: Mystery Mansion has a ranking system, tasks, maps, and other game modes. It features an in-game voice chat that enables players to communicate. The game is loaded with outfits, skins, and other regular updates to keep players’ interests piqued.

What a Round of Suspects: Mystery Mansion Looks Like

You, as a player, get invited to a mysterious mansion to solve a mystery. Ten players enter the mansion to complete the tasks and investigate. Out of those ten players, one is the assassin.

Players (Guests) have two tasks – complete the tasks before the assassin destroys all the players and/or identify the killer correctly. Players also have to watch out for other players and report any suspicious activities. Detectives do not have to complete tasks.

As the players are performing tasks, the killer ambushes players one by one. Any suspicious behavior calls for an emergency meeting. Players can discuss alibis, report a dead body, or discuss possible suspects. After this, players can vote the suspect and kick them out of the mansion.

Note that dead players can roam around the mansion and complete tasks as a ghost. Ghosts know who the assassin is, but they should not reveal the killer’s identity. 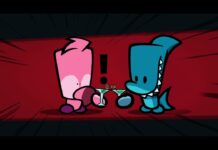 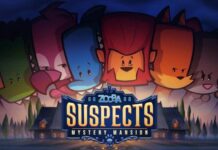