Home News Beat’em Up Story of a Gladiator Now Available On iOS, Android 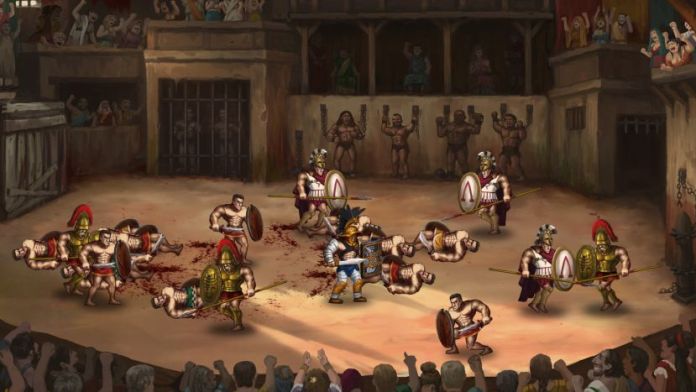 Despite touch controls not being the best for action games, iOS and Android devices received plenty of arcade games where quick movement and reflex are extremely important to survive. Many developers took up the challenge of delivering a true action experience on mobile, the latest of them Brain Seal, a UK based developer that brought Story of a Gladiator to iOS and Android.

In Story of a Gladiator, players will take on the role of a gladiator who has lost his family and fight against other gladiators and wild animals to achieve eternal glory in the Roman arenas.

At the beginning of the game, players will have the chance to customize their gladiator by choosing his origin, learn the combat basics and then get thrown into the arena.

Story of a Gladiator features a good variety of human and animal enemies, as well as an extensive moveset that can be expanded and improved with money obtained after winning matches. Among the 36 battle scenarios are 3 powerful bosses that will put players’ skills to the test.

Story of a Gladiator may not be the most original game around, but its beautiful art style and engaging gameplay experience can make it a huge hit on mobile.

Story of a Gladiator is now available on iOS and Android. If you still want to play on the go, but cannot stand touch controls, you can also get the game on Nintendo Switch.

Beat’em Up Story of a Gladiator Now Available On iOS, Android