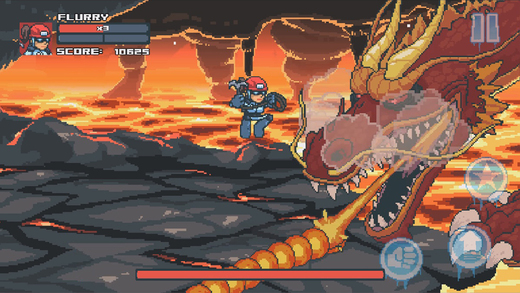 Some time ago a rather fun game called Coors Light Refresh Men has been released on Xbox 360. Even though the game is pretty much a playable advertisement for Coors Light, Coors Light Refresh-Men is an incredibly fun beat’em up in the vein of classic games like Final Fight, Double Dragon and other classics. A sequel of sorts for this game is now available for free on the App Store.

Coors Light Super Refresh-Men doesn’t play all that differently from the Xbox 360 game, as players will have to fight their way through five different levels including unique enemies and bosses. Defeating enemies will allow players to gather Coors Light for points. There isn’t much else to say about Coors Light Super Refresh-Men: the game is clearly a tribute to classic beat’em up games so there’s really no need for complicated mechanics typical of more modern games.

Coors Light Super Refresh-Men is now available for download on the App Store. The game is available for free so make sure to check it out if you’re looking for a not too involving yet fun game that can be played on the go to kill a few minutes.