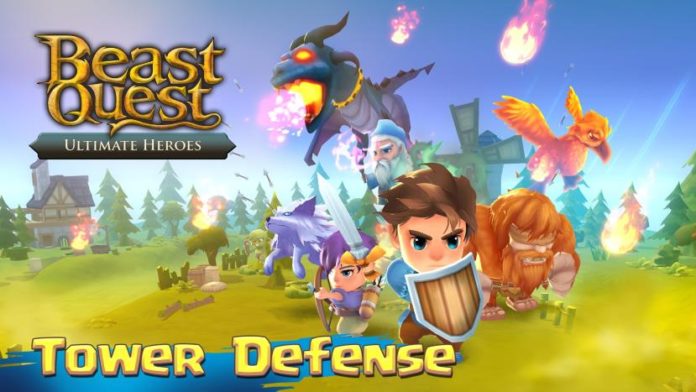 The young hero Tom and his band of allies journey across the land of Avantia on a quest to free the enslaved magical beasts. Malvel, the evil wizard who has corrupted the beasts, plans to use their power to take over Avantia, and only Tom and his friends can stop him. Will you aid him in his quest?

Beast Quest Ultimate Heroes is a new tower defense game from Animoca. This game is based on Adam Blade’s children’s fantasy book series of the same name. If you are a fan of the books, you cannot miss out on this game!

Beast Quest Ultimate Heroes is the first tower defense game set in the Beast Quest universe. A few years ago there was another mobile game adaptation, but that game played like an action RPG.

In Ultimate Heroes, you will adventure through Avantia and fight monsters to recruit them to your cause. Tom and his allies can be stationed at any tower of the map, fighting any monsters that come close. As you progress through the game, you will collect beasts and other heroes to help you win the battle.

Beast Quest Ultimate Heroes is planned for a April 8, 2020 release for iOS and Android.